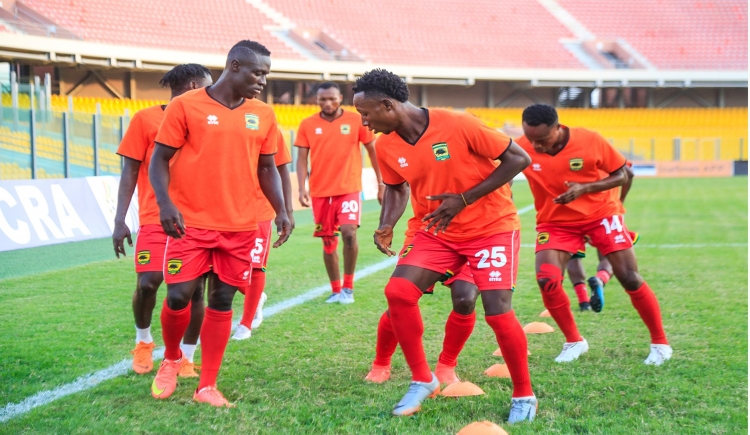 Kumasi Asante Kotoko players have refused to train ahead of their crucial encounter with Al Hilal in the 2020/21 CAF Champions League first round qualifiers in protest over unpaid bonuses and per diems, several reports claim.

The team arrived in Sudan on Monday evening but according to a report by 442gh, the 22-man squad did not show up for the club’s first training session and insisted bonuses and per diems for the last match against Mauritanian side FC Nouadibhou be paid.

The club’s management team, led by Chief Executive, Nana Yaw Amponsah, held a meeting with leaders of the players but the two parties found no agreement, the report said.

It took the intervention of Ghana Football Association Executive Council member Nana Oduro Sarfo who is the leader of delegation to calm down nerves at the team’s hotel in Sudan.

Kotoko must overturn a 1-0 home loss to Al Hilal in Sudan to progress to the CAF Champions League group stages for the first time in 16 years.

A second half strike from Vinny Bongonga handed Al Hilal all the needed points and an advantage ahead in Accra two weeks ago.

The crucial tie will be played at the Al Hilal Stadium in Omdurman on Wednesday, 6th January 2021 at 13:00GMT.