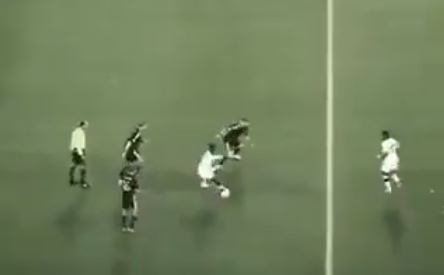 One of those unforgettable moments was when high-flying Asamoah Gyan schooled Germany captain, Philip Lahm on the touchline.

Dribbling past him with ease, in a scene which the Germany legend would not want to playback anytime soon.

Baby Jet wriggled and turned in the presence of German players, tossed Lahm inside out like a salad, leaving him scrambling, turned him again and then nutmegged the captain before being brought down.