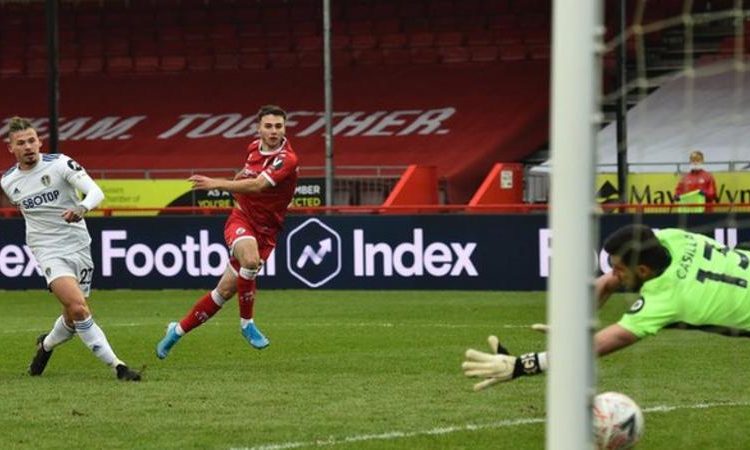 Three second-half goals rewarded a fantastic performance from John Yems’ side as they made light of the 62 places between themselves and their Premier League visitors.

United keeper Kiko Casilla’s error allowed Ashley Nadesan to double the lead before Jordan Tunnicliffe added a third for Crawley, who could have won by more.

However, after an even first half, they were completely outplayed in the second period by a Crawley side who have reached the fourth round for only the third time, having spent most of their 125-year existence in non-league football.

Crawley even had the luxury of bringing on reality TV celebrity Mark Wright in stoppage time for the former The Only Way Is Essex star’s debut, having signed for the club on non-contract terms in December.

Leeds’ loss is the first time in 34 years a top-flight side has lost to a fourth-tier team by three or more goals and only the second ever instance since a fourth division was added to the Football League in 1958.