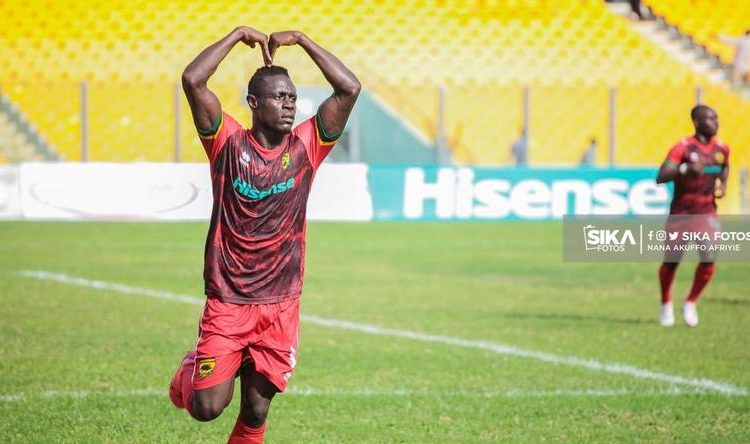 Asante Kotoko striker Kwame Opoku has disclosed that he took a page out of the book of Barcelona superstar Lionel Messi when he grabbed his second goal against Liberty Professionals on matchweek 8 of the Ghana Premier League.

Opoku scored in the 10th and 19th minutes respectively to take his tally for the season to four goals.

“I have been watching videos especially those of Lionel Messi.

“I think its one of the goals that he usually scores so I think I will give him the credit.

“I always watch him and that is what happened today,” he stated in his post match interview.

The Porcupine Warriors put up perhaps their best display of the season which takes them up to 6th place on the Ghana Premier League log.