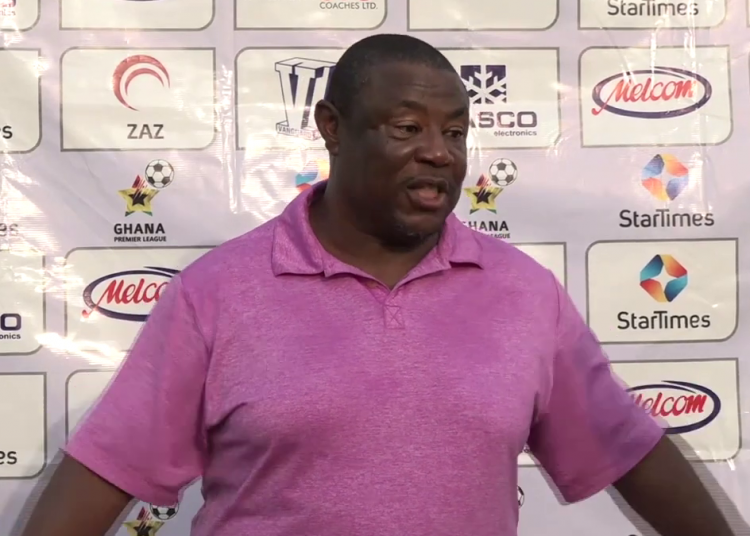 Head coach of Aduana Stars, Paa Kwesi Fabin, has expressed shock at the decision by referee Bashiru Dauda to disallow what appeared a legitimate late goal scored by Aduana Stars in the their 0-0 stalemate against Liberty Professionals at the Dansoman Carl Reindorf Park.

As the game approached full time with the score 0-0, Aduana’s Tijani Joshua connected a corner kick that hit the underside, bounced on the turf before Liberty goalkeeper Kofi Baah finally collected the dangling ball.

Aduana Stars players lifted their hands to celebrate but the referee waved play on, having checked with his assistant, who flag was down, indicating no goal.

Goal or no goal?

Aduana Stars feel they had a 'perfect' goal ruled out against Liberty Professionals yesterday. The referee said the ball did not cross the line. #Citisports pic.twitter.com/9YIDLrhjrU

But Fabin was convinced the ball crossed the line, and was left furious after the game.

“We scored a perfect goal; the ball hit the bar and then it crossed the line. The referee was right at the spot but he was looking at the linesman. Amazing. I am shocked,” he said during the post game.

The draw is Liberty’s first point in five games, having lost their previous four matches. Aduana Stars meanwhile extended their unbeaten run to four games with the draw.