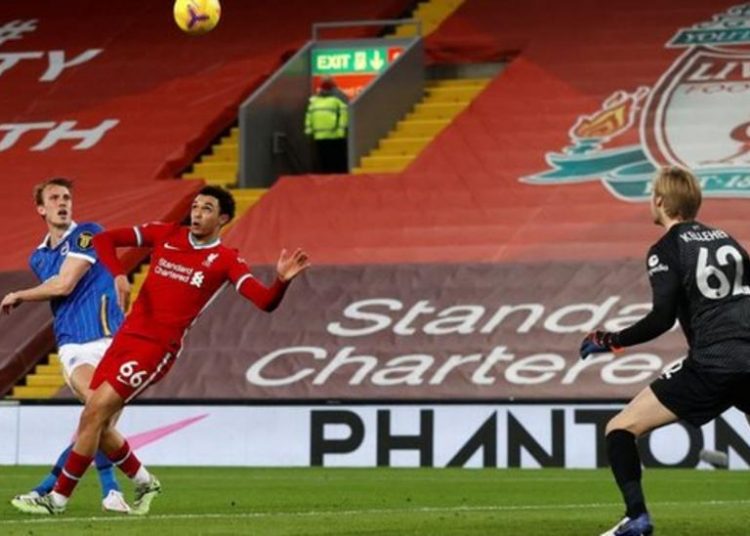 Steven Alzate got a fortuitous but deserved winner for Brighton, who are now unbeaten in four league matches, while the Reds’ recent struggles at home continued.

Liverpool, who are seven points behind leaders Manchester City having played a game more, have not won at home since 16 December and have failed to score in three consecutive games at Anfield for the first time since October 1984.

After going 68 games without a league defeat at their home ground, Jurgen Klopp’s side have now also lost back-to-back games there.

Dan Burn should have put the visitors ahead in the first half, only to slice over the crossbar, but it was the defender’s header across goal that set up the winner.

Nathaniel Phillips could only get a toe to it and the ball deflected off Alzate and beyond stand-in Liverpool goalkeeper Caoimhin Kelleher.

“We fought when we had to – we had to block and defend as a team – but I thought we showed quality when we attacked and courage and bravery with the ball,” said Potter.

“To come here and get the result we have, I think you have got to be close to perfect. I thought we were.

“Fantastic performance. I thought the players were amazing. Such courage, quality, togetherness.”

It lifts Brighton to 15th in the table, while Liverpool slip to fourth after Leicester City’s win at Fulham.