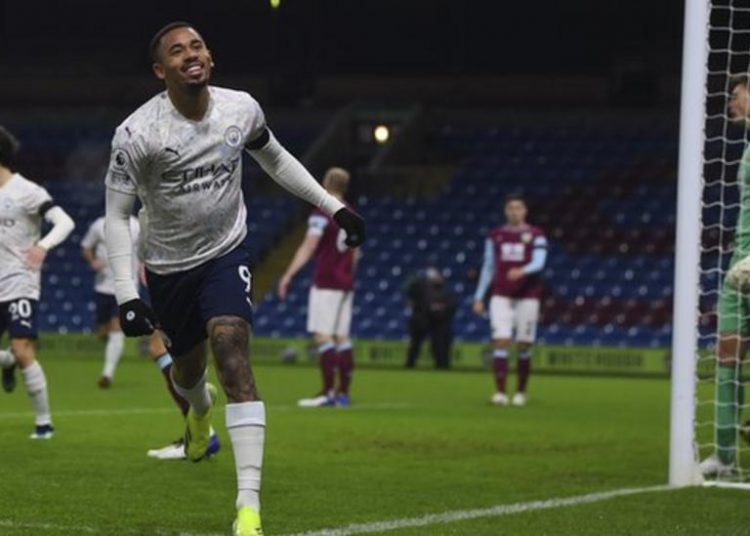 Manchester City restored their three-point lead at the top of the Premier League and extended their ominous-looking winning streak to 13 games with a comfortable victory at Burnley.

Pep Guardiola’s side had seen rivals Manchester United demolish Southampton 9-0 on Tuesday to draw level on points, but City collected their now customary victory over the Clarets.

t started in the worst possible manner for the hosts as goalkeeper Nick Pope parried Bernardo Silva’s stinging shot straight at Gabriel Jesus, who nodded in from a couple of yards out after three minutes.

The visitors dominated possession and doubled their lead before half-time, Ilkay Gundogan fizzing a pass across the six-yard box for Raheem Sterling to tuck home.

Riyad Mahrez, who scored a hat-trick in November’s reverse fixture, had a goal disallowed for offside, while Burnley did not manage a shot on target and only had two efforts all night.

Sean Dyche’s team drop to 16th in the table but remain eight points above the relegation zone after 18th-placed Fulham were beaten by high-flyers Leicester City on Wednesday.