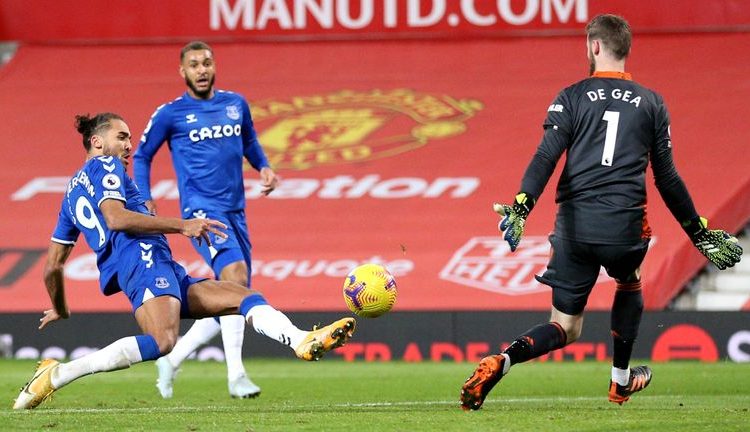 Dominic Calvert-Lewin secured a dramatic point for Everton in the fifth minute of stoppage time as they twice came from behind to hold Manchester United in a six-goal thriller at Old Trafford.

On the 63rd anniversary of the Munich air disaster, Scott McTominay’s header seemed to have sealed a victory that would have taken United level on points with Manchester City at the top of the Premier League.

However, after they had already responded superbly to falling two behind before half-time on Saturday, Everton refused to buckle.

And, as United grew increasingly desperate, Calvert-Lewin took advantage of weak defending from a Lucas Digne free-kick to stab in from close range.

Ole Gunnar Solskjaer’s side only had themselves to blame for failing to secure maximum points. Excellent first-half efforts from Edinson Cavani and Bruno Fernandes should have been the prelude to a comfortable second period.

But goalkeeper David de Gea’s mistake gifted Abdoulaye Doucoure a goal four minutes after the restart and, on the visitors’ next attack, James Rodriguez rifled home the equaliser.