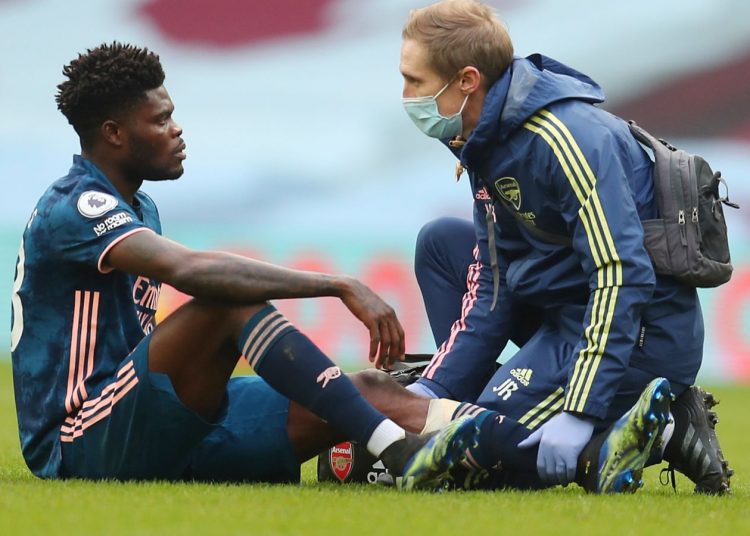 Black Stars and Arsenal Midfielder, Thomas Partey could be facing some time on the sidelines once again after he picked up an injury in the team’s 1-0 loss to Aston Villa on Saturday.

The 27-year old who has completed 90 minutes only four times since moving to the Premier League limped off 16 minutes from time after suffering what appeared to be a recurrence of the thigh injury which kept him out of action for more than a month from early December.

Arsenal manager, Mikel Arteta confirmed the extent of the injury after the game.

The Gunners are 10th in the table after 23 games, and have now not won in the league in three games.

Partey has so far made 10 appearances for Arsenal since joining last year.