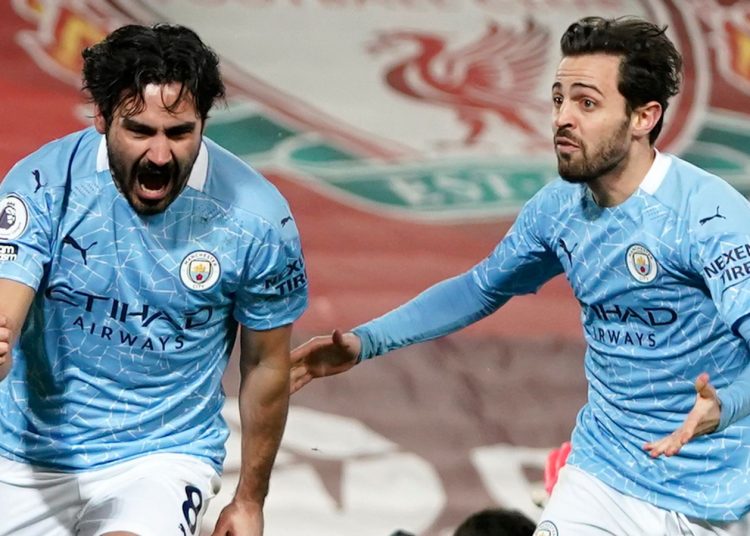 Alisson was punished for a chaotic second-half spell as Manchester City stretched their lead at the top of the Premier League after a 4-1 win over Liverpool in a heavyweight clash with significant ramifications for the title race.

Mo Salah’s 63rd-minute penalty had wrestled back momentum for the faltering champions after Ilkay Gundogan – who missed a first-half spot-kick – had made the breakthrough at Anfield shortly after the interval (50).

But two unforced errors from Brazillian goalkeeper Alisson in the space of four minutes allowed Gundogan (73) and Raheem Sterling (76) to dramatically haul the contest – and seemingly the Premier League crown – back in City’s favour.

Phil Foden then capped an impressive display with a late fourth (83) as Pep Guardiola’s ominously-efficient side humbled their hosts.

City, on a 14-game winning streak, are now 10 points ahead of Liverpool and five clear of Manchester United, with a game in hand on both sides, while Liverpool, Anfield aura further diminished, have lost three league games in a row at home for the first time since 1963.