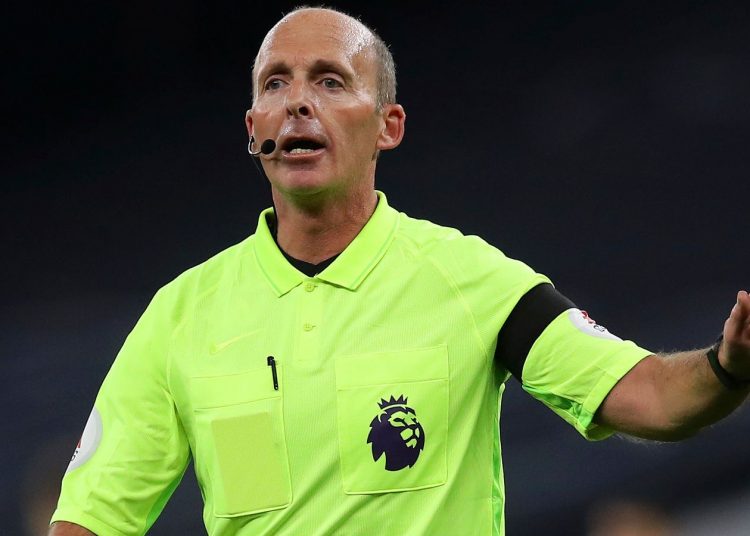 Mike Dean will return to refereeing in the Premier League on Saturday having stood down last weekend after receiving death threats online.

The Premier League has announced that Dean will take charge of Burnley vs West Brom at Turf Moor.

The 52-year-old and his family received the threats on social media after Dean had been involved in two controversial incidents.

The referee showed a red card to West Ham midfielder Tomas Soucek for catching Aleksandar Mitrovic with his elbow late on during the goalless draw at Fulham and also sent off Southampton defender Jan Bednarek in the 9-0 defeat at Manchester United.

Both of the decisions – which followed Dean reviewing each incident on the pitchside monitor after consulting VAR – were later overturned following an appeal.

Dean asked to be stood down from the next round of Premier League fixtures, although he was in charge of the FA Cup fifth-round tie between Leicester and Brighton last Wednesday.

Top-flight managers also gave their support to Dean, among them Tottenham boss Jose Mourinho who said “something has to be done” about the online abuse of the referee.

Everton manager Carlo Ancelotti described the abuse as “unacceptable” and said that the police should take action, while Sheffield United boss Chris Wilder termed such acts as “cowardly, disgusting and inhumane” and called Dean “an honourable referee and a decent guy”.

Czech Republic international Soucek also spoke out against the criticism levelled at Dean.

Soucek posted on Twitter: “Whatever decisions are made on the pitch should stay on the pitch.

“I don’t like hearing about it interfering with personal life and I send Mike Dean and his family my support.

“There is no place for abuse of any kind. It is in the past and I’m now focused on the rest of the season.”