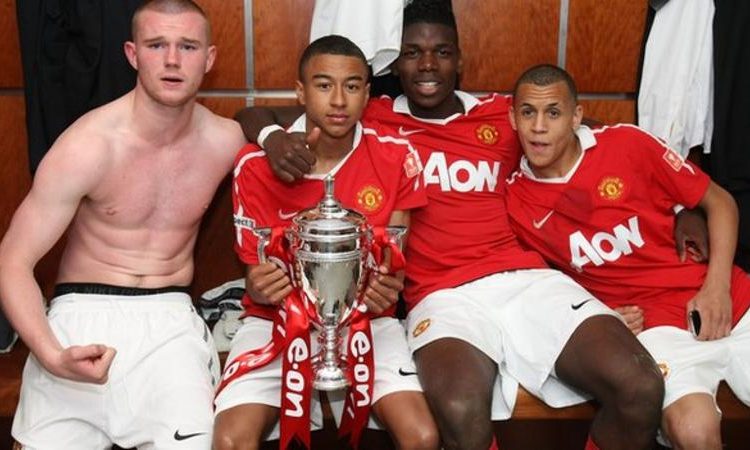 0
SHARES
43
VIEWS
Share on FacebookShare on TwitterShare via Whatsapp

There are few enigmas in the game like former Manchester United prodigy Ravel Morrison.

After playing for 11 clubs in 11 years, across six countries, the 28-year-old attacking midfielder – an England youth international who last year made his senior debut for Jamaica – is without a club after leaving Dutch side ADO Den Haag in January.

He opened up about his career, and controversies – including how he stole Wayne Rooney’s boots so he could sell them “to put food on the table” – in a wide-ranging chat with ex-United and England defender Rio Ferdinand on his Vibe with Five podcast.

Ferdinand texted former United boss Sir Alex Ferguson to ask him about his enduring impressions of Morrison, a player he gave a senior debut to in the League Cup in 2010.

Ferguson said he has “always treasured” a letter of thanks that Morrison gave him following that match, a gesture that left him “gobsmacked”.

“The boy had a good heart, he was just beaten by his background,” Ferguson wrote.

After hearing from Ferguson, Morrison said he was “touched”.

“If I could go back in time I would change 90% of my life,” Morrison said. “But you have to look forward, you can’t think about the past too much.”

Off-field problems led to his departure from Old Trafford in 2012.

Ferdinand recalls Morrison lining up for lunch with luminaries such as Ryan Giggs, Paul Scholes and Rooney and telling Gary Neville that Arsenal were a better team than United.

Asked by Ferdinand if Morrison recalled saying that he would “sign for Arsenal soon” if he could, the midfielder said: “Yeah, because I wanted to play with Thierry Henry.

“Obviously, Rio knows he played in a superstar team but the way I like football and my style, Arsenal were the ones for me.

‘Stealing boots to feed the family’

Morrison admits that he looked at United as an “impossible team to break into” at time when Cristiano Ronaldo, Rooney and Scholes were winning Premier League and Champions League titles with the club.

Trying to juggle a young career, future ambitions and life away from football, however, proved difficult and he confessed to stealing Ferdinand’s and Rooney’s boots to help his family.

“Remember I got kicked out of the changing room for thieving your boots?” Morrison asked Ferdinand.

“Obviously I was on a scholar’s wage, I was young.

“You used to get £250 for a pair of boots. You take two pairs of boots, you get £500 and go home and buy your family a Chinese or something.

“You guys used to get 30 pairs of boots. I didn’t mean it to cause harm but when I saw yours or [Wayne] Rooney’s deliveries, you’d get 20-30 pairs at a time.

“I was thinking one pair to put some food on the table at home, it wouldn’t be a big problem.”

‘I’d have stayed at West Ham’

Morrison left Manchester United for West Ham in 2012, scoring five goals in 24 appearances for the Hammers until he left in 2015.

He recalls it as one of the most “enjoyable” places to play.

But he alleges a disagreement over a contract with then manager Sam Allardyce ended his time with the Hammers.

“If I had the opportunity I’d have stayed with West Ham all the way through,” added Morrison.

A La Liga or Championship move next?

Morrison, whose most recent spell in England was on loan at Middlesbrough from Premier League side Sheffield United last season, is now a free agent.

He has high hopes of making an imminent return to the pitch, either in England or Spain.

“I had meeting with a Championship club and think that’s looking very positive,” he said. “I’d like to stay local because of family, I’ve got two little brothers and my mum, and I’ve been travelling all my life.

“But I’ve got a team in Spain, in La Liga, so that could happen.”