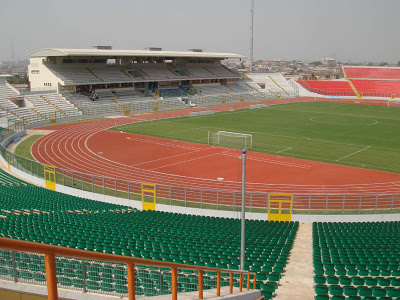 The Director General of the National Sports Authority, Professor Peter Twumasi has revealed that the renovation of the Baba Yara Sports stadium will be completed in March.

The stadium which is the home ground for Ghana Premier League giants, Kumasi Asante Kotoko has been shut down since February last year for revamping.

Kotoko as a result have had to use the Accra Sports Stadium as their home grounds and CEO for the club, Nana Yaw Amponsah pleaded with the government to speed up the process to enable the team return to their home venue.

In response to his plea, the NSA boss asked the club to be patient as renovation works are at an advanced stage.

“We are hoping by the end of March the job will be completed and handed over to the NSA”, he told Happy FM.

“The major problem was the pitch and that has been worked on. Since 2007 no renovation work had been done but now it has been done. The pitch has been rolled out and we are waiting for the grass to grow and get better. The seats have all been put in place, the floodlights, scoreboard, tartans tracks are all ready”.

“The contract was a one-year contract and we are hoping by March ending the contractor should be done. We are pleading with Kotoko to be patient with us. The work will be completed soon”, he added.

Being likened to Van Dijk is pleasing - Alexander Djiku