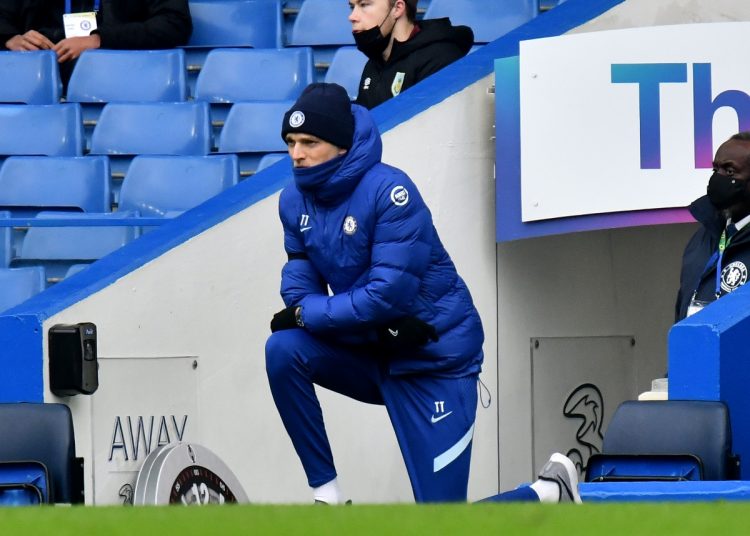 New Chelsea boss, Thomas Tuchel takes his Blues side to Anfield for a massive encounter against Jurgen Klopp’s Liverpool.

Having got a win and a draw in his first two encounters with Big 6 teams, Tuchel will be hoping to go one step further against the Premier League’s defending champions.

A win would take Chelsea into the Top 4 while a loss would see the Blues drop below their opponents tonight.

With so much at stake, we take a look at how previous Chelsea managers (in the golden age) fared in their first encounters against Liverpool in the Premier League.

Jose Mourinho’s first match against Liverpool as Chelsea boss came in October 2004. The Blues picked up a 1-0 win at Stamford Bridge, with Joe Cole scoring the only goal en route to a record-breaking Premier League title-winning season.

After Mourinho’s sacking in 2007, Sporting Director, Avram Grant took charge of the Blues. Grant’s first game against Liverpool was actually a 2-0 win over the Reds in the League Cup quarter-final. His first Premier League encounter with Liverpool in February 2008, however, ended in a 0-0 draw.

In 2008, Luiz Felipe Scolari took charge of Chelsea and managed 36 games. His first match against Liverpool ended in defeat. Jose Bosingwa scored an own goal as Liverpool handed Chelsea a 1-0 loss at Stamford Bridge.

Hiddink took charge of 22 Chelsea matches from February 2009 after Scolari was let go. Hiddink faced Liverpool twice in his first spell although neither of the matches was in the Premier League. A 3-1 win at Anfield was followed by a pulsating 4-4 draw at Stamford Bridge in the Champions League quarter-finals.

Ancelotti was appointed Chelsea manager in 2009 and went on to manage 109 matches. His first encounter with Liverpool ended in a 2-0 win for the Blues at Stamford Bridge. Nicolas Anelka and Florent Malouda got the goals for Chelsea.

Andre Villas-Boas had a short-lived reign as Chelsea boss in 2011. His departure was fast-tracked by a 2-1 loss at home to Liverpool. Daniel Sturridge’s goal for Chelsea was sandwiched between Maxi Rodriguez and Glen Johnson’s strikes for the Reds.

Di Matteo took over after Villas-Boas was fired. His first match against Liverpool was a 2-1 win in the FA Cup final at Wembley. He then rested a number of players for their Premier League encounter ahead of the Champions League final, and Liverpool ran out 4-1 winners.

Benitez was in charge of Chelsea for 48 matches after being appointed in November 2012. The former Reds boss took Chelsea to Anfield in April 2013 and saw his side come out with a 2-2 draw. Oscar and Eden Hazard scored for Chelsea while Sturridge and Luiz Suarez netted for the Reds

Mourinho’s second spell at Chelsea saw Jose yet again get one over the Reds. Eden Hazard and Samuel Eto’o scored in a 2-1 win for the Blues.

Hiddink finally took on Liverpool as Chelsea boss in the Premier League, in their penultimate game of the season in May 2016. Eden Hazard and Christian Benteke were on the scoresheet as the match ended 1-1.

Conte oversaw 106 matches as Chelsea manager for two seasons. His first match against the Reds ended in defeat, a 2-1 loss that was followed by a 3-0 defeat to Arsenal which sparked a magnificent run for the Blues on their way to another Premier League title.

Chelsea did beat Liverpool 2-1 in the third round of the Carabao Cup in Sarri’s first match against them but their first Premier League encounter ended in a 1-1 draw, with goals from Eden Hazard and Daniel Sturridge.

Lampard suffered two early losses against Liverpool as Chelsea boss. Firstly in the European Super Cup where the Blues lost on penalties and then in the Premier League where Liverpool won 2-1 at Stamford Bridge. Trent Alexander-Arnold and Roberto Firmino scored for the Reds before N’Golo Kante pulled one back.