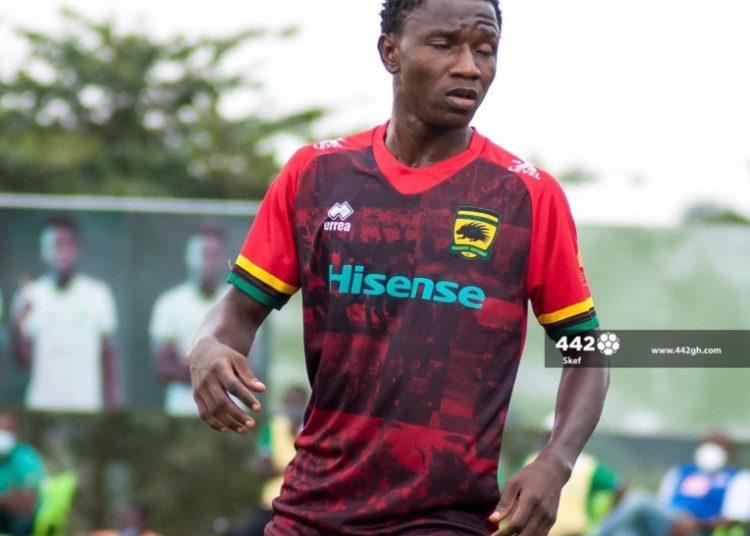 Fast rising Asante Kotoko left-back, Ibrahim Imoro has expressed his admiration for Bayern Munich and Austria’s captain David Alaba, who he describes as his mentor, following his man of the match performance against King Faisal on Wednesday.

The 21-year who joined the club from Karela United in the 2019/2020 season has been in explosive form, earning him a call up into Coach Charles Kwablan Akunnor’s Black Stars.

When quizzed about how he keeps his consistency at the post-match press conference after his side’s narrow 1-0 win in the Kumasi derby, Imoro said: “I attribute my performance to hard work.

“Moreover, I learn a lot from David Alaba who is my mentor .”

Imoro, uncharacteristic of him was limited to few surging ran in the game and answering whether it was because of the opposition or a tactical instruction by the interim-Head Coach ,Johnson Smith  said he had to be tactically disciplined not to commit too much.

“I didn’t do a lot of surging rans today due to the tactics our coach deployed.” He noted.

“He asked me to stay back and over-lap when the timing was right, so it was about keeping my tactical discipline.”

The Porcupines following their win leap-frogged Medeama FC to fourth on the table with a game in hand .