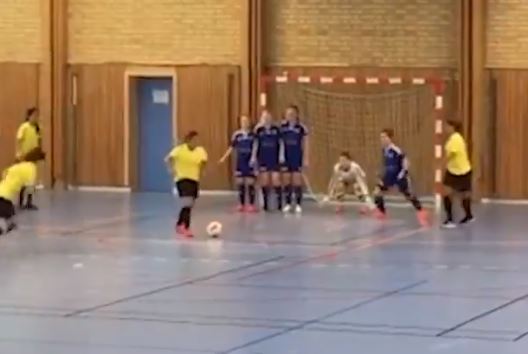 Free-kicks have been known to be taken in two ways; If it’s too far out, a cross is delivered into the box with the hope of finding a teammate. If it is close enough, the player who has spent extra hours in trainer practicing free-kicks stands behind it and fancies his chances from a distance.

This also means defending free-kicks is predictable; stop the cross from finding an opposition player, or form a wall so good the kicker won’t score.

This has resulted in players finding creative ways of executing free-kicks that will put their opponents off. Some go well, others go tragically awry.

In this case, a group of girls playing futsal, came up with a genius free-kick routine that is so intricate the opponents were found befuddled as the ball hit the back of the net.