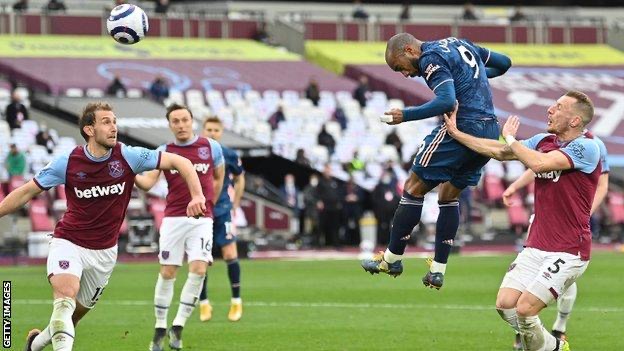 Arsenal came from three goals down to rescue a point in a stunning game against London rivals West Ham in the Premier League.

The Hammers raced into a three-goal lead at London Stadium through Jesse Lingard, Jarrod Bowen and Tomas Soucek, who touched in a Michail Antonio header.

The visitors gave themselves hope when an Alexandre Lacazette effort went in off Soucek for an own goal just before half-time.

And Lacazette completed the comeback with a thumping header from Nicolas Pepe’s cross, before both sides had late chances to win the game.

The result leaves the Hammers two points behind fourth-placed Chelsea in fifth, while Arsenal move above Aston Villa into ninth.