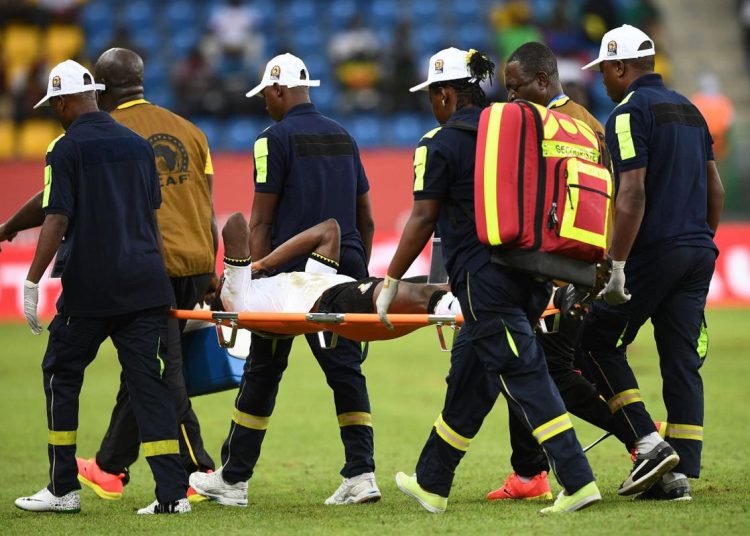 Ghana defender Baba Rahman has disclosed how his consistent battles with injuries almost led him into retiring from the game.

Five years after making a dream move to then-reigning Premier League champions Chelsea in 2015, Rahman has suffered a series of career threatening injuries that have derailed his progress as a footballer.

Following impressive performances at Bundesliga 2 side Greuther Furth and later Bundesliga side Augsburg, Rahman joined Jose Mourinho’s Chelsea in the 2015-16 season for €26m.

He played 23 times for the Blues in a disastrous campaign in which Chelsea finished 10th and Mourinho got fired half way into the campaign.

After Chelsea hired Antonio Conte for the 2016/2017 season, Rahman was shipped out on loan to Schalke 04 and started brightlyuntil January 2017, when he suffered a severe knee injury at the Africa Cup of Nations with Ghana.

It took him out for nearly a year and a half and only returned to action in May 2018 when he joined Schalke 04 on loan again.

After playing 2 matches at the start of the following campaign, however, he fell out of favour and never played for Schalke again, returning to Chelsea in January 2019.

In 2019, Rahman joined French Ligue 1 side Reims on loan. He looked to be on the right track for recovery at long last while at Reims, and after playing for Ghana in the 2019 AFCON, he signed a new three-year Chelsea contract and was loaned out to Mallorca for the 2019/2020 season.

Just three weeks later, he damaged a knee ligament again, and missed the next three months. He returned to playing after a ‘conservative treatment’ but was a pale shadow of himself.

It was revealed the “conservative treatment” did not work, and he eventually had surgery on both knees, one to properly repair, and the other to repair the damage caused by compensating for the other injured knee.

That kept him out for another 347 days, nearly a year.

Rahman has now revealed he considered quitting the game during all of this ‘hell’ time.

“It was 2019. I just wanted to stop when I first heard the news about my injury. That was the first time I slept early in my life,” he told Sheikh Toufic in an interview.

“Normally, I take time before retiring to bed but when I heard the news, I passed out after just under five minutes.

“I wanted to call it quit but after making some calls and putting some things into consideration I felt like I still I had a chance. I feel it like I could still be on the pitch doing what I love most.”

Rahman is gradually rediscovering his form in Greece, having scored 1 goal in 5 appearances for PAOK.

He scored his debut goal for Ghana last Sunday during the West African nation’s final match for the 2021 Africa Cup of Nations qualifier against São Tomé and Principe but that has not stopped fans from criticizing his performances over the two games against South Africa and Sao Tome.

“I know it was an okay performance but this is football and many people don’t know what I’ve been through the past few years. I am still just trying to catch up with what I have lost and trying to get back to what I used to be.

“I have been through one hell of an injury after another. It’s affected me a lot physically and emotionally and I’m still fighting because football is something I love. At the right time, I will share details of what I’ve been through,” Rahman said.