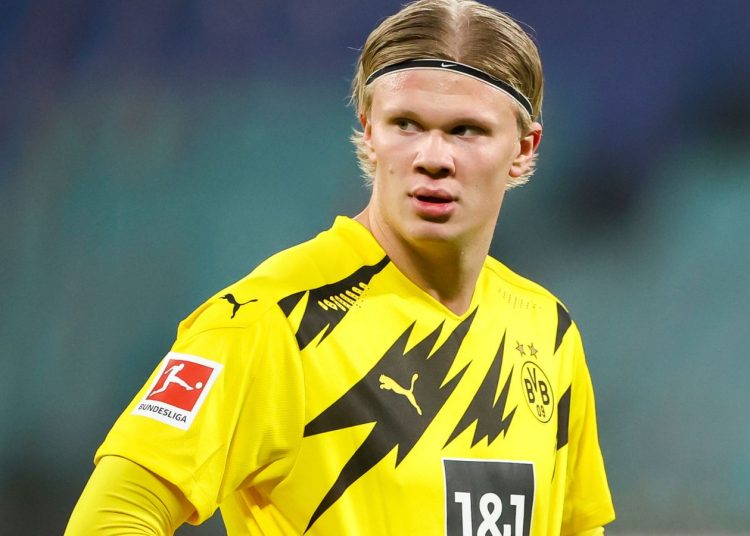 Agent Mino Raiola and Alf Inge, the father of Borussia Dortmund striker Haaland, are in the Spanish city and were collected at the airport by members of Laporta’s team.

The pair are expected to meet Laporta, who was elected as Barca president last month.

The talks increase speculation over Haaland’s future, although it is unclear how Barcelona would finance a deal with the club wrestling with huge debt, caused largely by the coronavirus pandemic.

A host of top clubs have been linked with a move for the Norwegian, including Manchester City and Real Madrid.

Haaland has become one of Europe’s biggest names after scoring 48 goals in his first 48 games for the Bundesliga side, after joining from Red Bull Salzburg for just £17m at the end of 2019.
Source: Sky Sports
Tags: BarcelonaErling Haaland
Previous Post