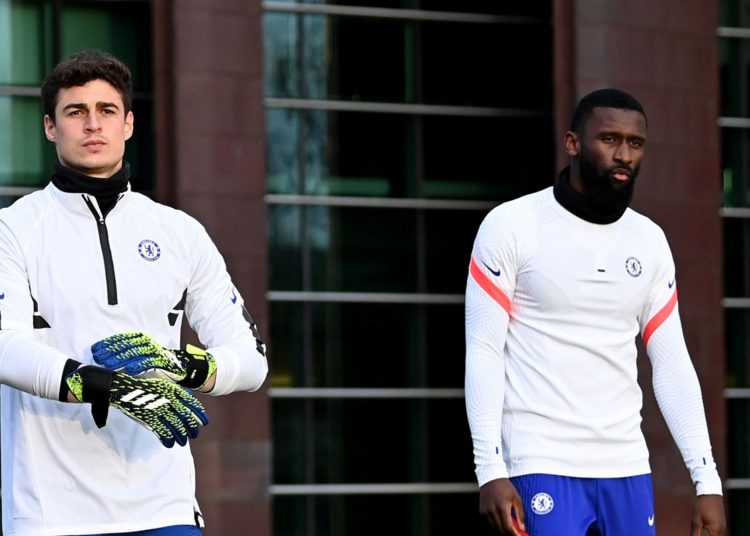 Chelsea manager Thomas Tuchel says “things got heated” in a “serious situation” between Kepa Arrizabalaga and Antonio Rudiger on Sunday.

Goalkeeper Kepa and defender Rudiger were involved in an incident in training the day after Chelsea’s shock 5-2 defeat by West Brom.

“We needed to interfere in the situation, so that was serious,” Tuchel said on Tuesday.

“They cleared the air immediately and there was nothing left the day after.”

Tuchel said the argument stemmed from an incident in training and not the loss to West Brom.

Rudiger was reportedly sent in early after the two players were seen to push one another.

“It got heated up between Toni and Kepa,” the German said. “So we calmed the situation down immediately.

“The reaction was not OK. But how the guys handled the situation, especially Toni and Kepa, was amazing and showed how much respect they have for each other.”

Tuchel said neither player would be punished after the players “immediately sorted it out” between themselves.

“They sorted it out straight after training in a very honest, humble and very direct way,” Tuchel added.

“That showed me they have very good character. Toni sorted it out directly, and it was a strong and brave thing to do.”

Chelsea midfielder Mateo Kovacic said the incident was “not a big deal”.

“These things happen in a family and we’re a strong group,” the Croat said. “We spoke about it – it is all cleared and all done.”

Chelsea’s loss to West Brom at the weekend brought an end to a 14-match unbeaten start to Tuchel’s reign.

They face Porto on Wednesday at 20:00 BST in the Champions League quarter-finals.