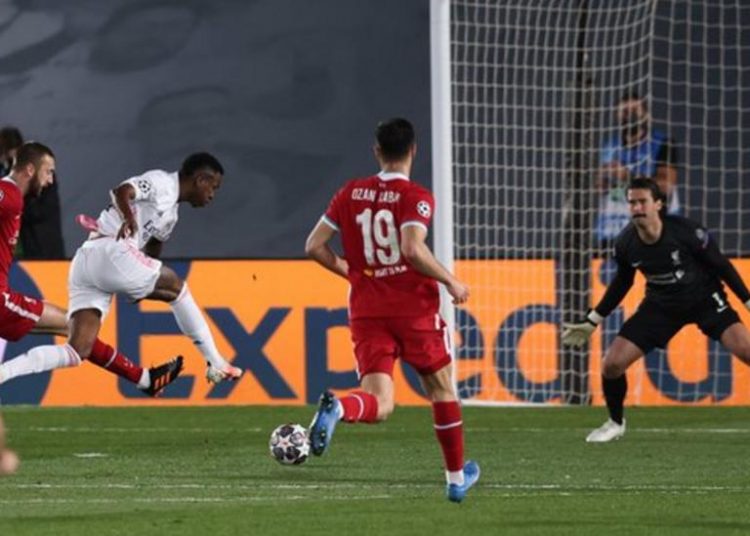 Liverpool will need to produce another huge European display at Anfield if they are to reach the last four of the Champions League after suffering a crushing quarter-final first-leg loss to Real Madrid.

The Reds were largely second best throughout an entertaining game in Spain against a Real side missing its first-choice centre-back pairing, but packed with impressive attacking talent.

Much of the damage was done in the first half, begun when Vinicius Junior took down a brilliant long-range pass from Toni Kroos on his chest before firing the opener past Alisson.

Marco Asensio doubled the lead, taking advantage of a lose header from Trent Alexander-Arnold to chip the ball over Alisson and then tap into an empty net.

Liverpool came out fighting after the break, pulling a goal back through Mohamed Salah’s close-range finish off the crossbar to spark their best 20-minute spell of the contest.

But they were stung when Vinicius Junior found the net via a first-time shot following a fine attacking move with 25 minutes to go.

It leaves them with a mountain to climb in the return leg at an empty Anfield on 14 April.