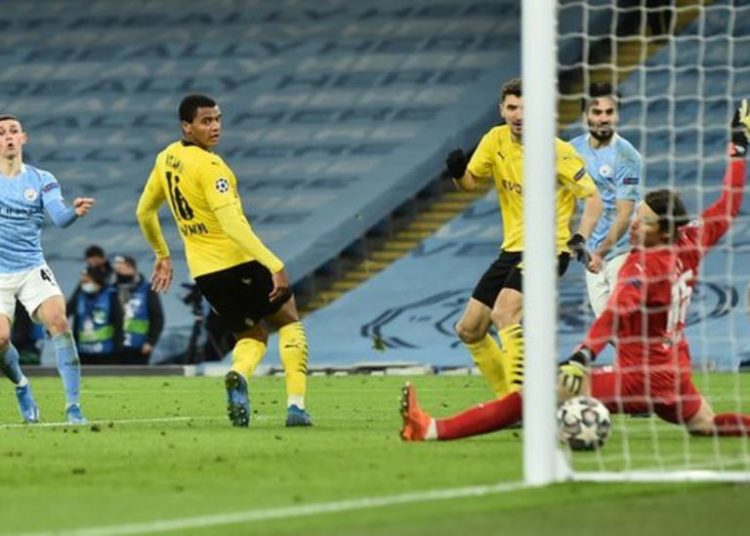 City’s hopes of reaching the semi-final looked to be in the balance when Marco Reus gave Dortmund what looked like a priceless away goal with a cool finish from Erling Haaland’s pass six minutes from time.

Kevin De Bruyne, who had given City the lead with a crisp finish after 19 minutes, played his part once more in the final minute of normal time when his fine cross was touched back by Ilkay Gundogan for Foden to stroke a finish past Marwin Hitz.

It was a bitter blow for an enterprising Dortmund side, who will leave Manchester nursing a burning sense of injustice directed towards Romanian official Ovidiu Hategan after he controversially ruled out Jude Bellingham’s second-half goal with City leading 1-0.

Bellingham beat Ederson to a through ball but after it appeared City’s keeper kicked the teenager, the referee blew for a foul against Borussia with the England star racing towards an empty net – not even allowing the intervention of VAR which would have surely awarded a goal.

City, who had a first-half penalty award overturned by VAR, showed commendable strength of character and great determination to react to the blow of Reus’ goal to score the winner and are now in pole position before the return leg in Germany