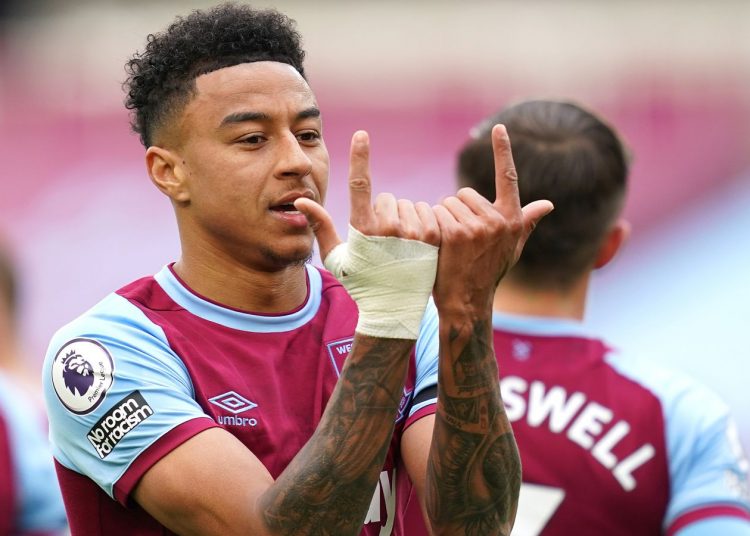 West Ham raced into a two-goal lead as the on-loan Lingard struck twice before half-time with a brilliant cushioned volley (29), followed by a tap-in (44).

And when Jarrod Bowen swept home a third three minutes into the second half, the points appeared in the bag for David Moyes’s side.

However, the in-form Kelechi Iheanacho gave Leicester hope of a recovery by smashing home an unstoppable drive with 20 minutes to go, before adding a second in injury time with his ninth goal in his last six matches.

West Ham, though, held on for the win that moved them a point above Chelsea and back into the fourth and final Champions League berth.

Meanwhile, Brendan Rodgers’s team stay third in the table, although they are now just a point above the Hammers after back-to-back league defeats with seven games left this season.