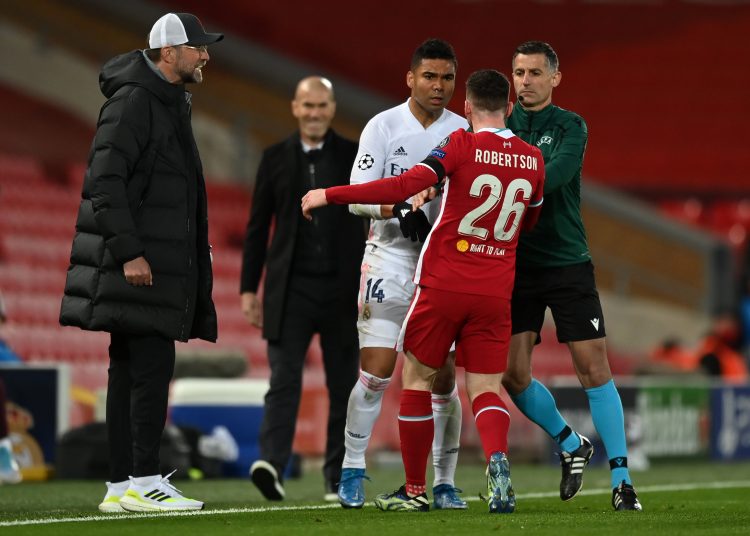 Milner’s challenge for the ball resulted in the Reds’ captain on the night stomping on Benzema’s ankle, which twisted uncomfortably, leaving the Frenchman in visible pain. 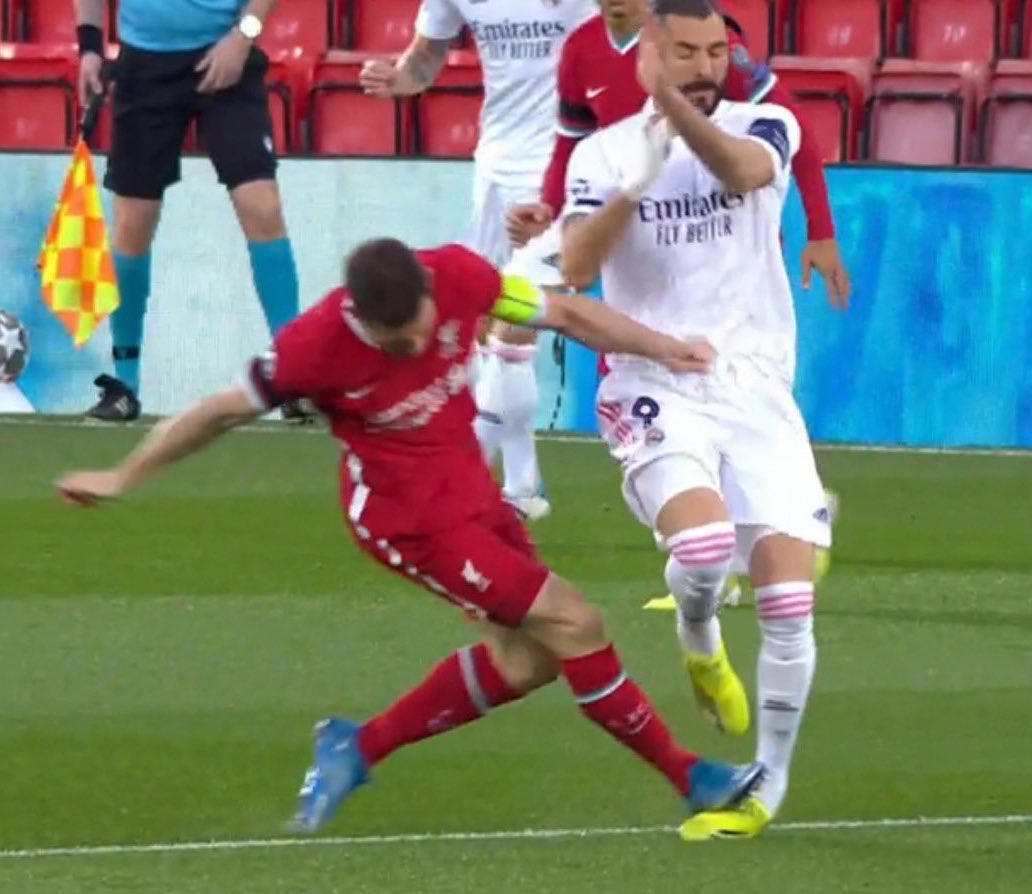 Casemiro, apparently upset that Milner was not punished by the referee for that challenge, decided to take matters into his own hands, lunging at Milner, scissoring him on the touchline with a strong tackle.

The Brazilian escaped with a yellow card, which was upheld by a check by VAR. 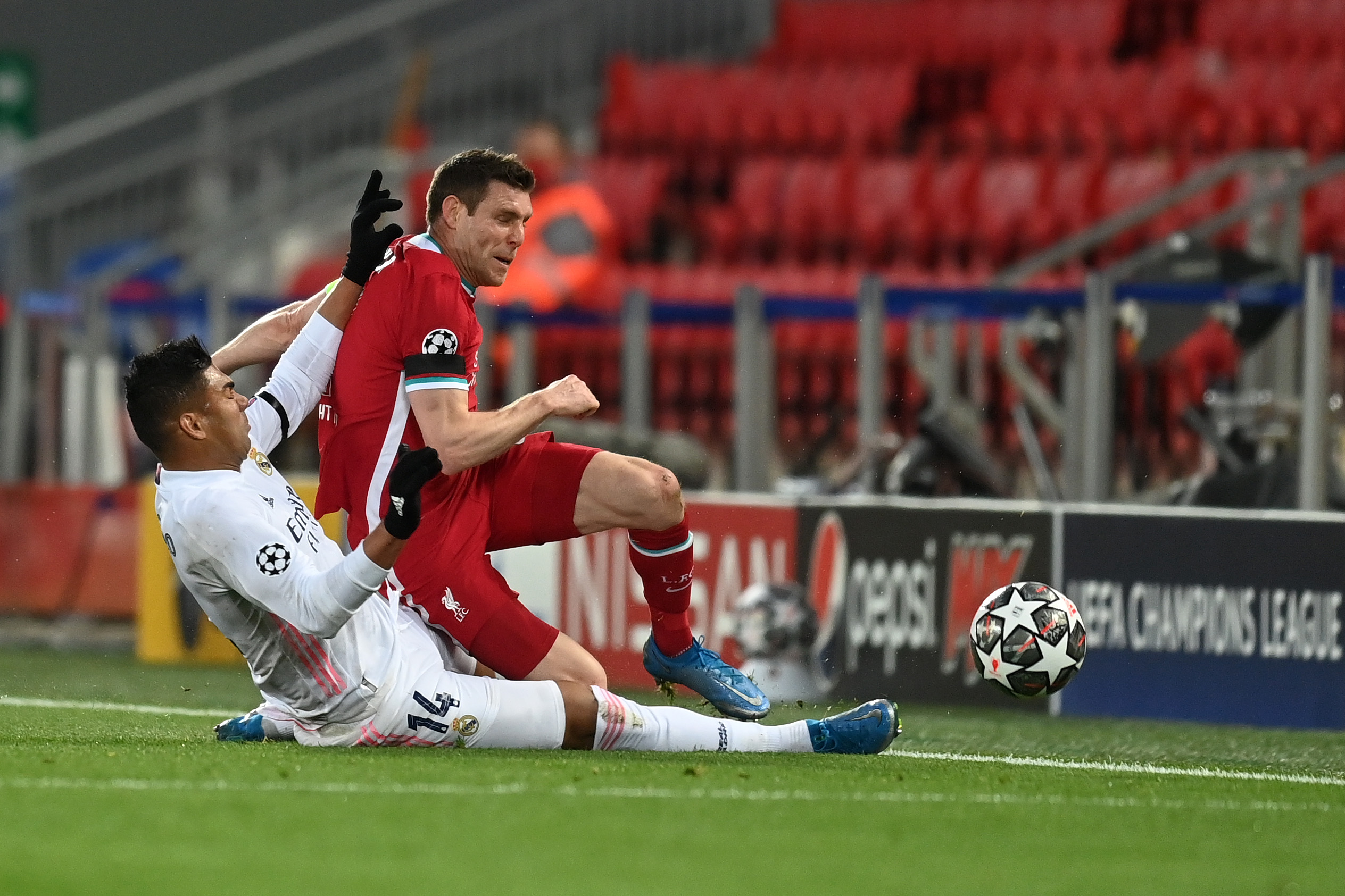 Liverpool’s players were obviously not pleased with the challenge, with Andy Robertson particularly incensed.

The Scotsman confronted Casemiro who didn’t back down. 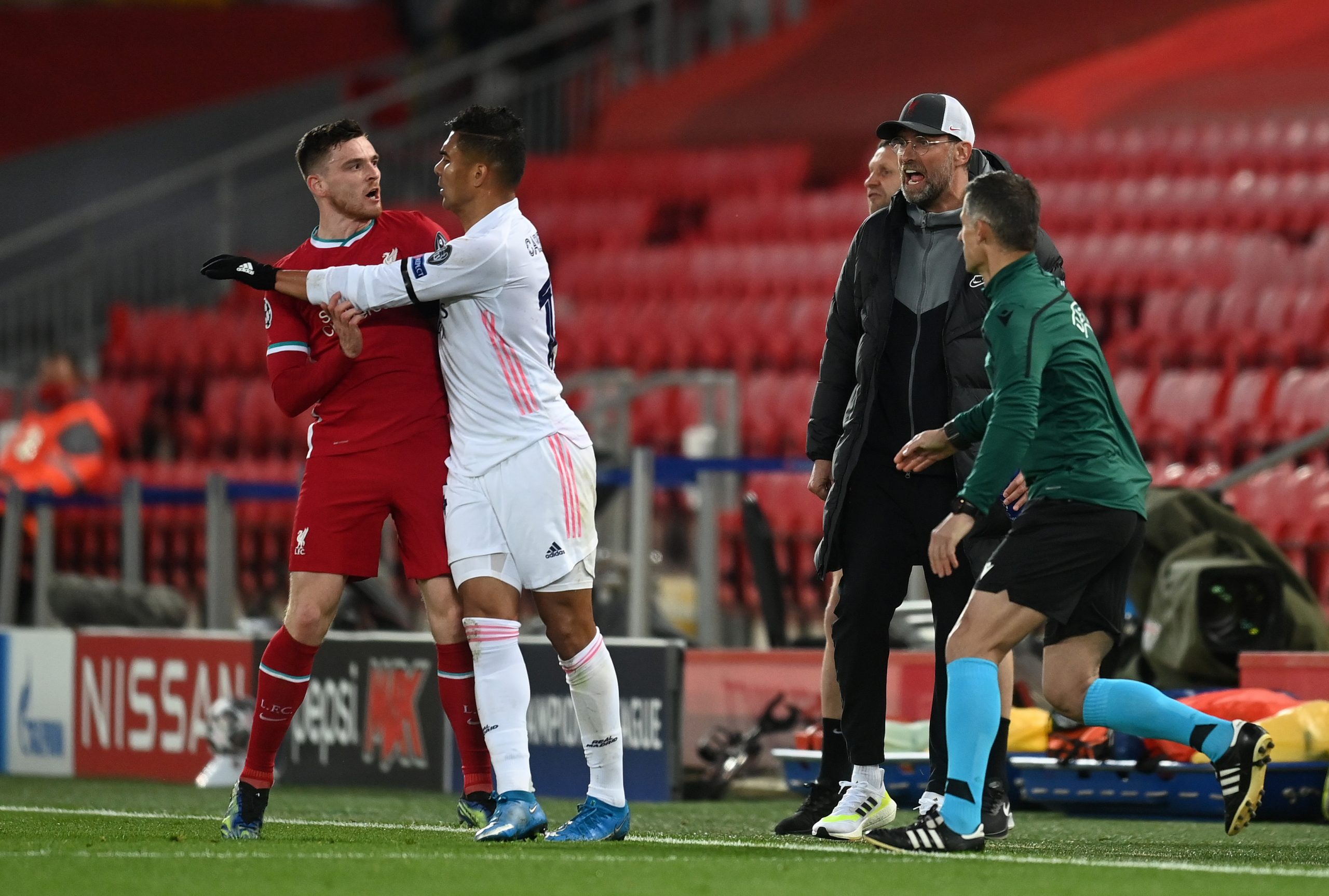 Cameras captured the confrontation between the pair as well as Zidane’s amused reaction in the background.

The Madrid boss, who is not a stranger to on-pitch controversy himself, seemed pleased with Casemiro’s challenge and did not hide it, smirking as the players went at each other.

Real Madrid fans were ecstatic about the Brazilian’s passion as their side held on to their 3-1 first-leg lead to qualify to the semis after a 0-0 draw at Anfield.

They now face Chelsea in the semi-finals as PSG take on Man City in the other tie.

Take a look at the video of both challenges and the melee afterwards below:

Casemiro did what I would have done pic.twitter.com/xit4zfKsRT