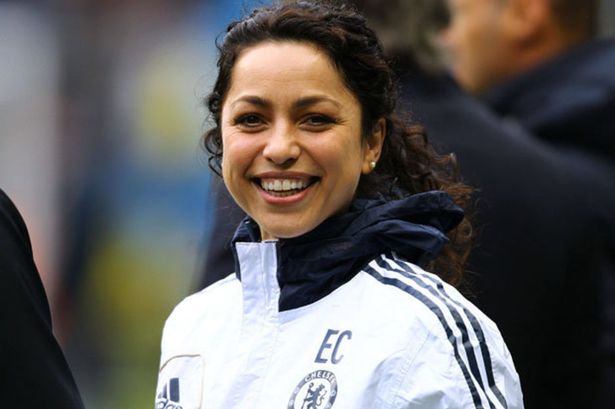 Eva Carneiro left the footballing world after quitting Chelsea in 2015.

She quit Chelsea in controversial circumstances after a bust-up with then-manager Jose Mourinho.

Carneiro rushed onto the pitch along with then-chief physio Jon Fearn after Eden Hazard went down with an injury during a match in 2015.

Belgian attacker Hazard was injured in stoppage time against Swansea, and Mourinho was incensed as he felt the injury wasn’t worth Carneiro and Fearn going onto the pitch for.

As a result of the two medics going onto the pitch, Hazard was forced to come off the field and wait to be recalled by the referee.

Mourinho was furious and didn’t hold back in his criticism of Carneiro and Fearn, saying: “I wasn’t happy with my medical staff because even if you are a medical doctor or secretary on the bench, you have to understand the game.”

Carneiro took Mourinho to court as she filed for constructive dismissal, and went on to reject a £1.2million settlement deal offered by Chelsea.

After the case was settled out of court – with Chelsea and Mourinho individually – she expressed that her focus was only ever on fulfilling her duty.

Carneiro said: “I am relieved that today we have been able to conclude this tribunal case. It has been an extremely difficult and distressing time for me and my family and I now look forward to moving forward with my life.

“My priority has always been the health and safety of the players and fulfilling my duty of care as a doctor.”

She now works at the Sports Medical Group as a private consultant, and will be working with the Aspetar Orthopaedic and Sports Medicine Hospital in Qatar in preparation for the 2022 World Cup.

Speaking last year, she opened up on her exit from Chelsea and expressed how difficult it was to have left Chelsea considering the circumstances.

“It’s impossible to go through something that I went through for the best part of a year of my life and not be changed by it,” Carneiro told talkSPORT 2. “But it hasn’t put me off at all.

“It’s fair to say I needed time off, I needed to enjoy my job again and be a doctor again without the complications of being in the limelight. I was in every paper in every country for a really long time and I wasn’t at all comfortable with that.