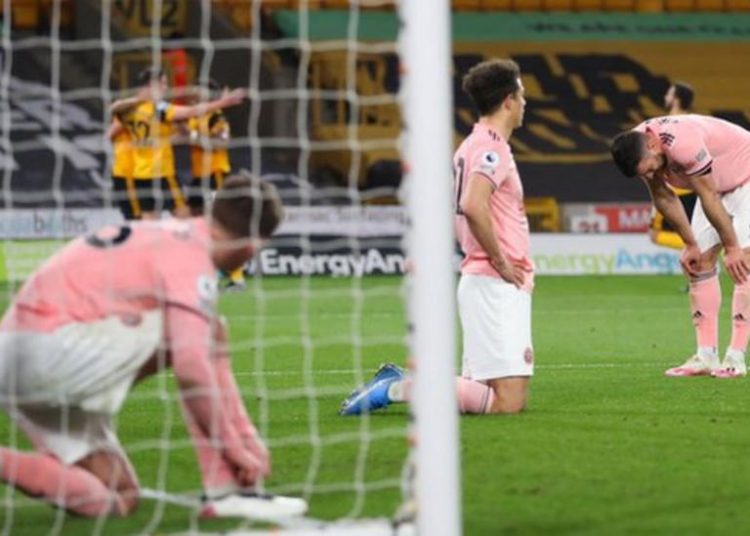 Sheffield United were relegated to the Championship after Willian Jose’s first goal for Wolves secured victory.

The visitors knew, following Newcastle’s win over West Ham earlier on Saturday, that they had to avoid defeat at Molineux to delay their inevitable demotion for a few days.

But it was Wolves who edged a poor game of few chances, when they broke downfield after Enda Stevens’ shot had been blocked.

Adama Traore created room close to the goalline and delivered a low cross into the six-yard box, which Jose swept home.

It broke the Brazilian’s Wolves duck in his 11th game for the club after signing on loan from Real Sociedad in January.

The Blades tried to respond and Stevens brought an excellent save from Rui Patricio with a powerful shot from an angle.

However, there was no preventing a relegation that has seemed certain since an abysmal start to the season brought just one point from their opening 13 games.

And at the final whistle, a number of Blades players dropped to their haunches.