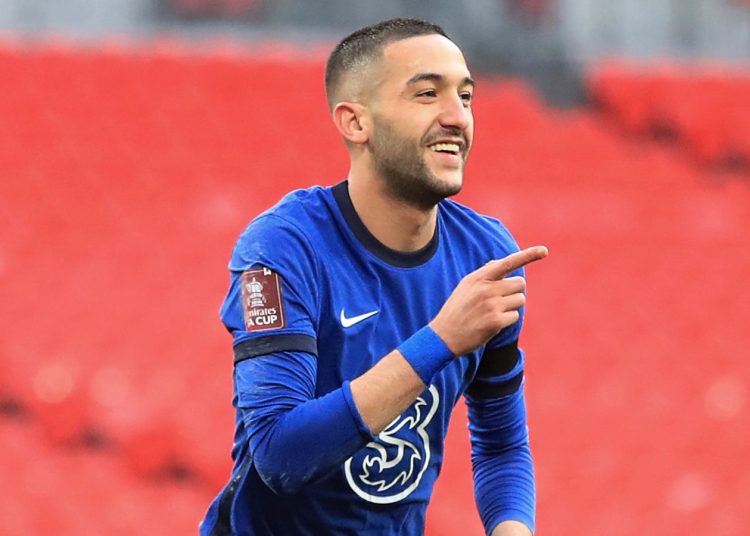 Chelsea reached the FA Cup final with a narrow victory that ended Manchester City’s hopes of a historic quadruple.

Hakim Ziyech turned home Timo Werner’s pass early in the second half to settle a cagey affair at Wembley.

The Morocco winger had earlier had a goal disallowed for offside, while Ben Chilwell also wasted an excellent chance to open the scoring for Chelsea.

Chelsea will play the winner of Sunday’s semi-final between Leicester and Southampton (18:30 BST).

City went into Saturday’s semi-final with hopes of becoming the first English club to win the Premier League, Champions League, FA Cup and League Cup in the same season.