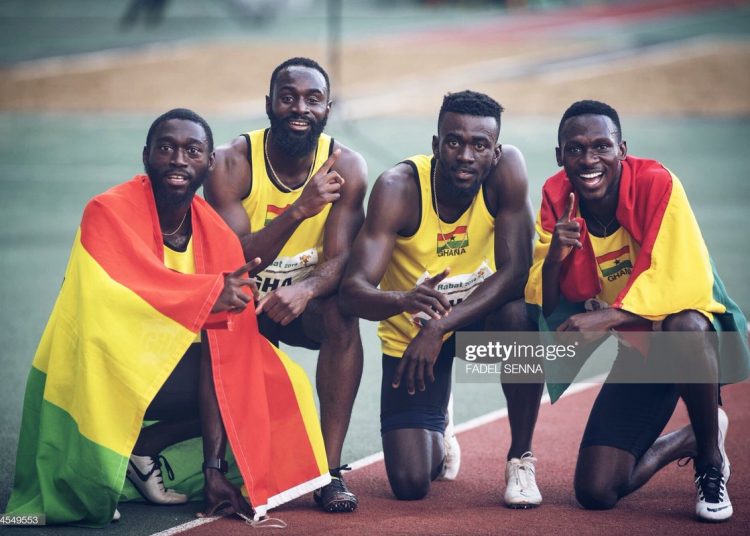 The Ministry of Youth and Sports has presented a check for $10,000 to the Ghana Athletics Association to help cater for accommodation of thirteen athletes and officials for the World Relays in Poland, while the National Sports Authority has also stepped in to pay for air tickets.

With five days to the competition, the GAA was scrambling for finances to sponsor the team’s participation until the ministry’s intervention on Tuesday morning.

The competition, which kicks off on May 1 in Silesia, serves as an Olympic qualifying event  with team Ghana hoping to secure tickets for the Tokyo games in the summer.

Each team is made up of 5 athletes, with one each serving as a reserve.

The men’s team comprises all but one member of the Africa Games gold-winning relay team, with Martin Owusu-Antwi’s place taken by Coppin State University’s Joseph Manu.

The women’s team is made up of regulars Flings Owusu-Agyepong, Gemma Acheampong, Hor Halutie and Janet Amponsah, who is making a return to competition for Ghana for the first time since the African Senior Championships in Asaba where she won two medals.

Ghana’s relay teams have not run together since the 2019 Africa Games in Rabat, almost two years ago, and face a daunting task to qualify.

Only a top 8 finish at the World Relays will guarantee the teams’ qualification to the Tokyo Games.