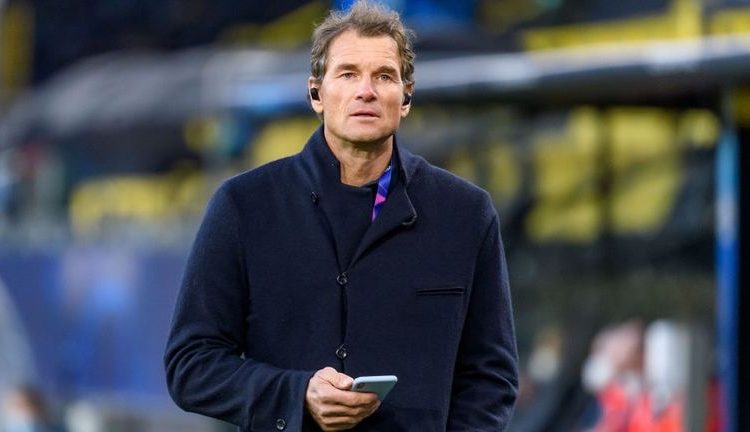 Aogo, who won 12 Germany caps, has worked as a pundit for Sky Germany following his retirement from playing in the summer and posted a screenshot of the message sent to him by Lehmann prior to Tuesday night’s Champions League semi-final between Manchester City and Paris Saint-Germain.

Lehmann has since apologised to Aogo and wrote on Twitter: “A private message sent from my phone to Dennis Aogo gave off an impression, for which I have apologised in conversation with Dennis. As a former Germany international, he is very knowledgeable, has a great presence and brings in ratings for Sky.”

Lehmann had a consultancy contract with Tennor for sports and football issues and sat on the board of directors of the Bundesliga club for Hertha investor Lars Windhorst’s company.

“The consultancy contract with Mr. Lehmann will be terminated. This means that the posting to Hertha’s supervisory board is no longer applicable,” Tennor Holding spokesman Andreas Fritzenkötter told Sky in Germany.

“Such statements in no way correspond to the values for which Hertha BSC stands and actively campaigns. Hertha BSC distances itself from any form of racism. We therefore welcome the step taken by Tennor Holding,” Hertha President Werner Gegenbauer told Sky in Germany.

A statement from Sky Germany said: “Dennis Aogo is a highly esteemed colleague and an excellent pundit, and we are glad to have him in our team.

“We at Sky condemn any form of racism and give no space or platform to racism.

“We have often had Jens Lehmann as a guest on our programme and are very disappointed by his behaviour. We do not plan to invite him back onto our broadcasts again.”