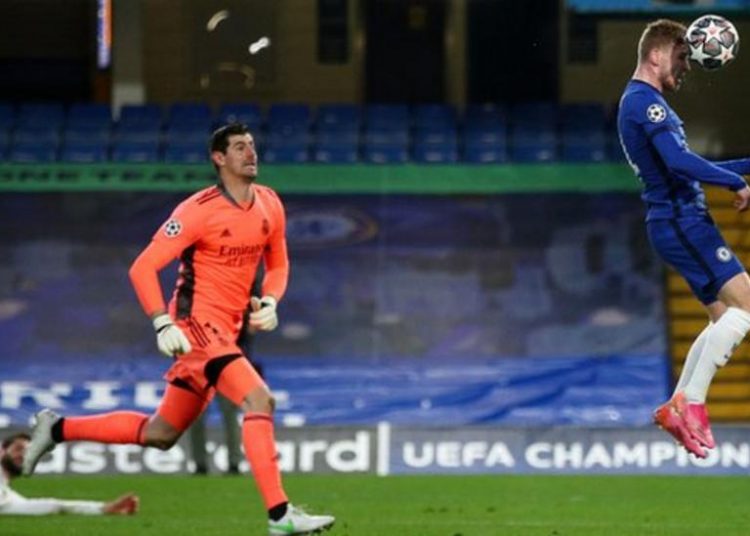 Chelsea defeated Real Madrid to set up an all-English Champions League final against Manchester City on 29 May.

After a 1-1 draw in Spain, Timo Werner, who earlier had a goal disallowed for offside, headed Chelsea ahead after Kai Havertz’s chip rebounded off the bar.

But Chelsea dominated the second half and Mason Mount scored late on from close range for a 3-1 aggregate win.

The showpiece in Istanbul will be Chelsea’s third Champions League final, after they lost on penalties to Manchester United in 2008 and then beat Bayern Munich in another shootout in 2012.

Manchester City beat Paris St-Germain 2-0 in the second leg of their semi-final on Tuesday to seal a 4-1 aggregate victory. It will be the second all-English final in three seasons after Liverpool beat Tottenham 2-0 in 2019.

The Europa League final could also feature two English sides as Arsenal and Manchester United play the second leg of their semi-finals against Villarreal and Roma respectively on Thursday.