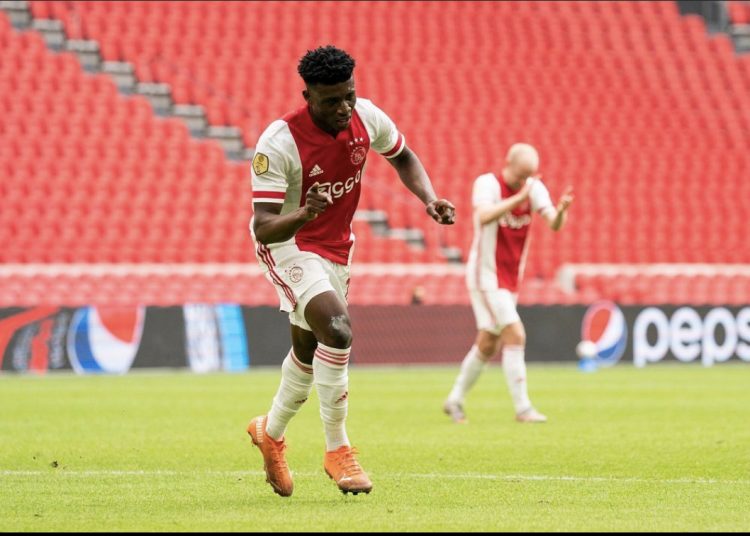 Good strength on the ball, and an even better finish from Mo.pic.twitter.com/kO7wBwnzIA

The goal is his fifth of the season and the first time he has scored in back-to-back games since he joined the Dutch champions from FC Nordsjaelland.

The win extends the points of the already crowned Eredivisie champions to 85 points as they head into the final game of the season.

The 20-year-old picked up a pass from Sean Klaiber on the edge of Venlo’s 18-yard box, wiggled his way past two defenders, giving himself some space and fired it at the near post, beating Thorsten Kirschbaum at an acute angle.

Before Kudus’ masterclass of a goal, Devyne Rensch and Sebastian Haller had put Ajax 2-0 ahead before Georgios Giakoumakis pulled back for the relegated VVV-Venlo.

Ajax will face Vitesse Ainhem in the final league game of the season on Sunday, May 16, 2021.