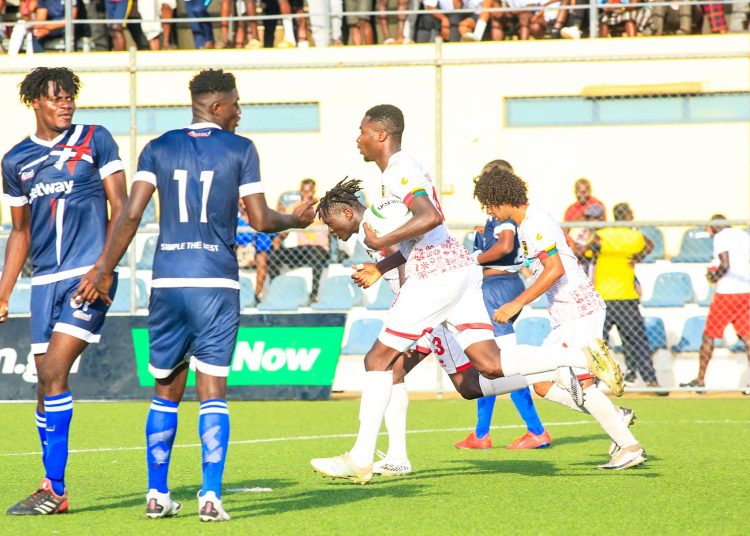 Relegation threatened Inter Allies provided the shocker of the round as they handed themselves a lifeline in the 5-0 thumping of Berekum Chelsea in a week 25 clash in the Ghana Premier League. 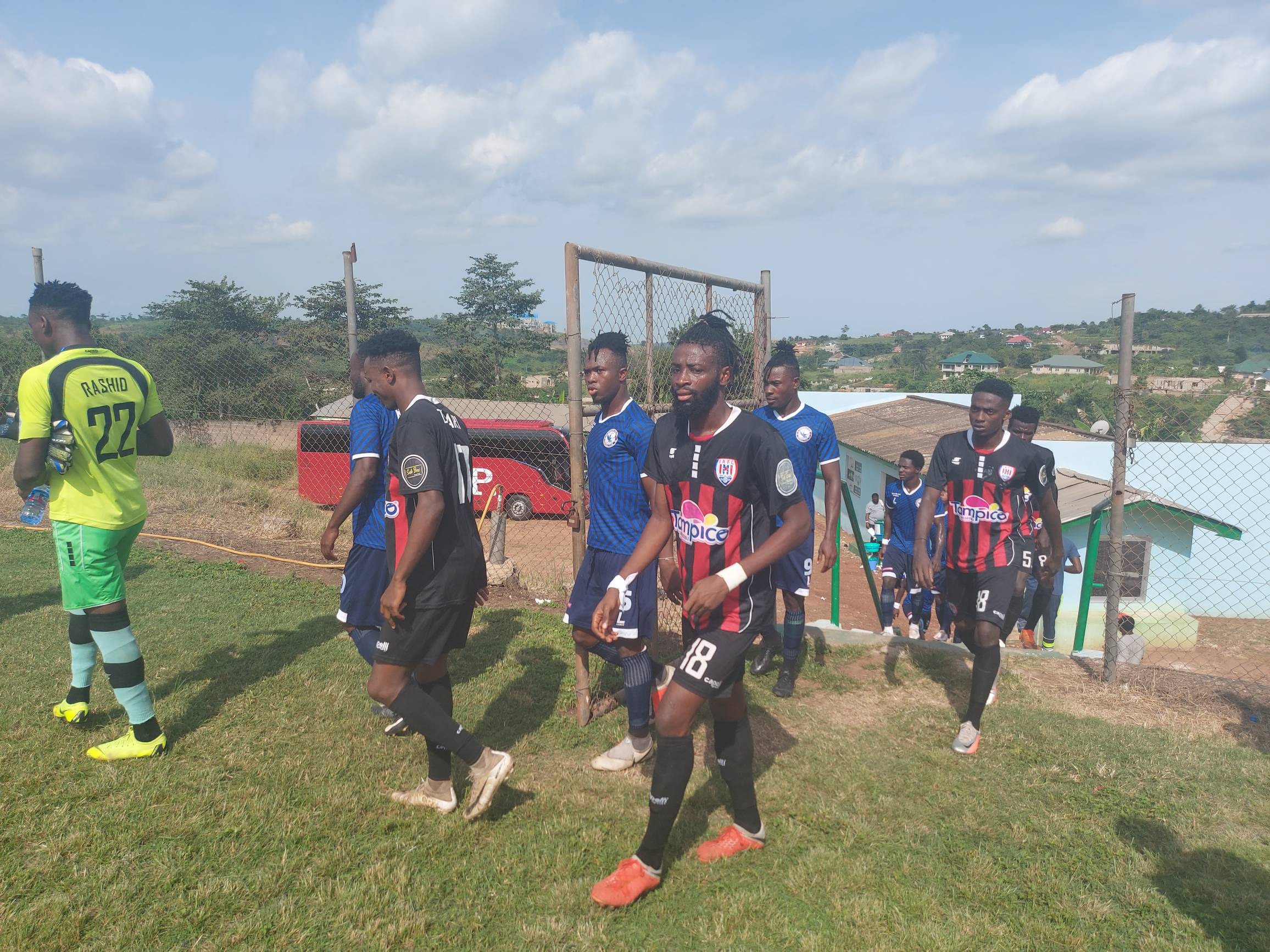 The win puts them just three points away from safety with goals from Alex Aso, Richmond Lamptey, Samuel Armah and Nafiu Sulemana handing them the vital 3 points.

Karela, with their 2-0 win over Techiman Eleven Wonders moved 2nd on the league table, 4 points behind leaders Asante Kotoko.

Diawusie Taylor was on the scoresheet once again, scoring the opener for Karela before Bismark Oppong scored the second goal of the day.

Aduana Stars beat Tarkwa based side, Medeama SC 2-0 in Dormaa Ahenkro to catch up on points with the Mauve and Yellows who are fourth in the Ghana Premier League.

Samuel Bioh and Sam Adams scored on the 9th and 29th minutes of the game to keep their hopes of  atop 4 finish alive.

Elsewhere, Liberty Professionals were well on their way to stun Kumasi Asante Kotoko before Ismail Ganiyu’s 83rd-minute equalizer rescued a point for the Porcupine Warriors. 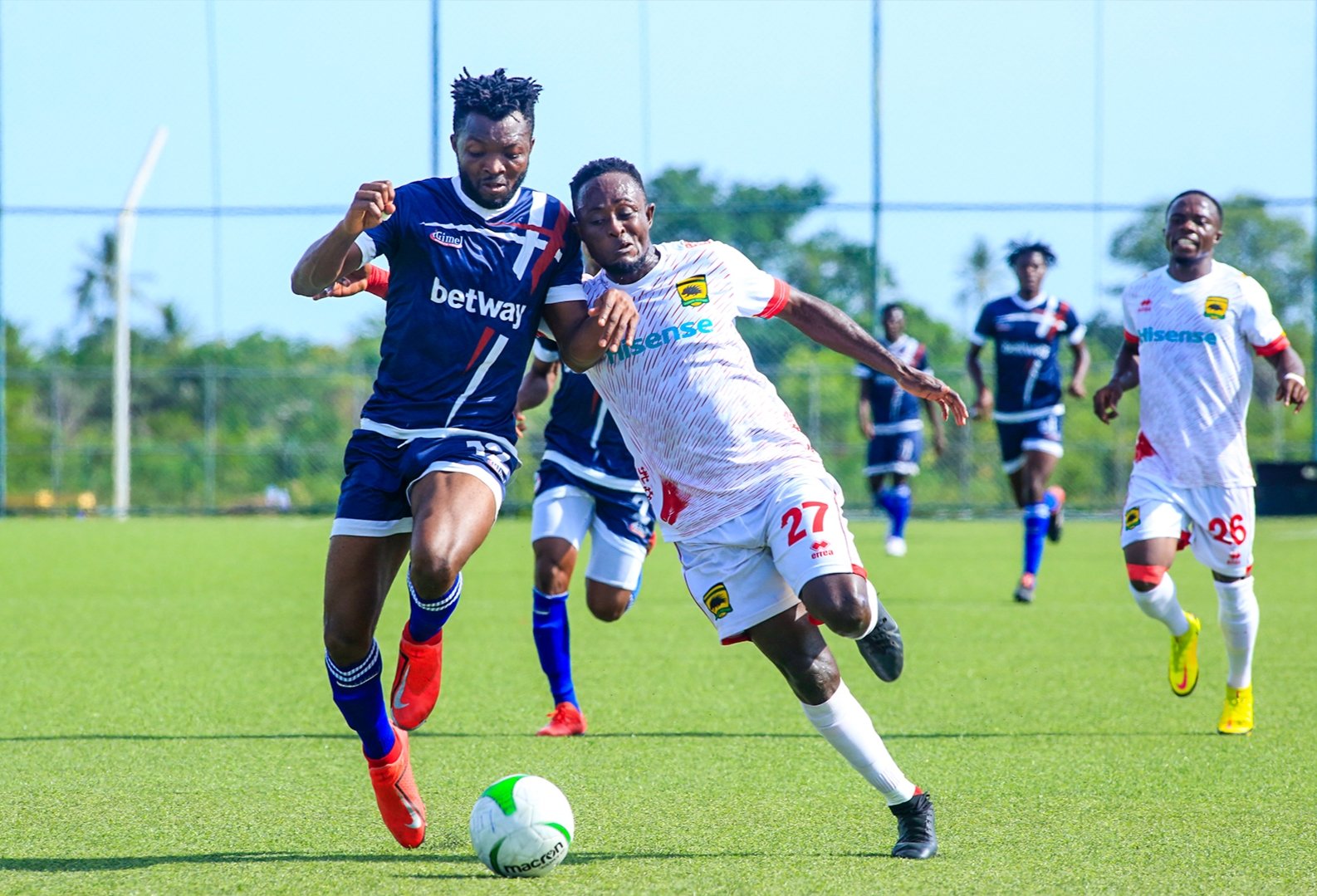 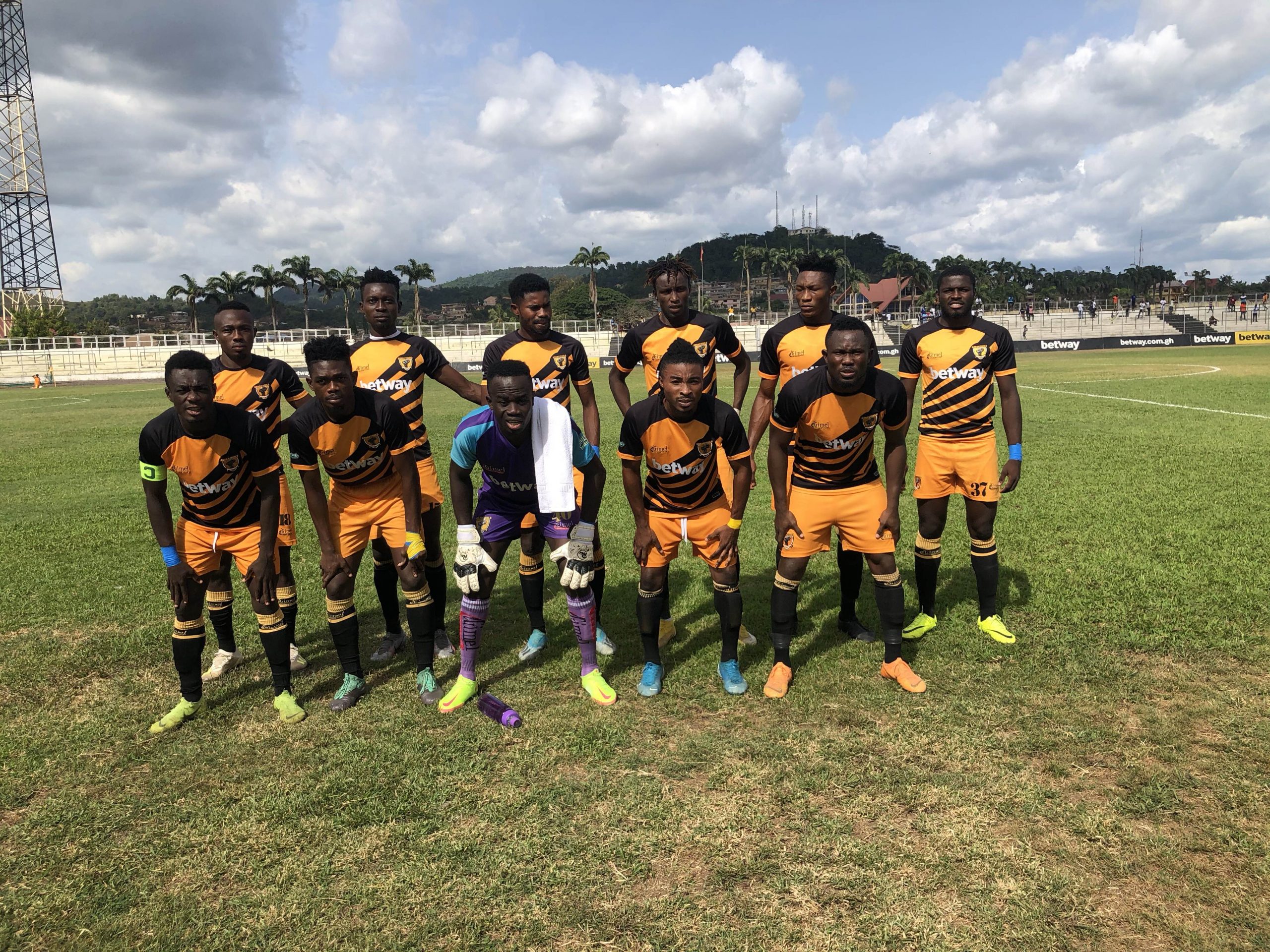 Accra Hearts of Oak will play Elmina Sharks at 6pm as they seek to mount pressure on their arch-rivals, Kumasi Asante Kotoko are four points ahead of them.