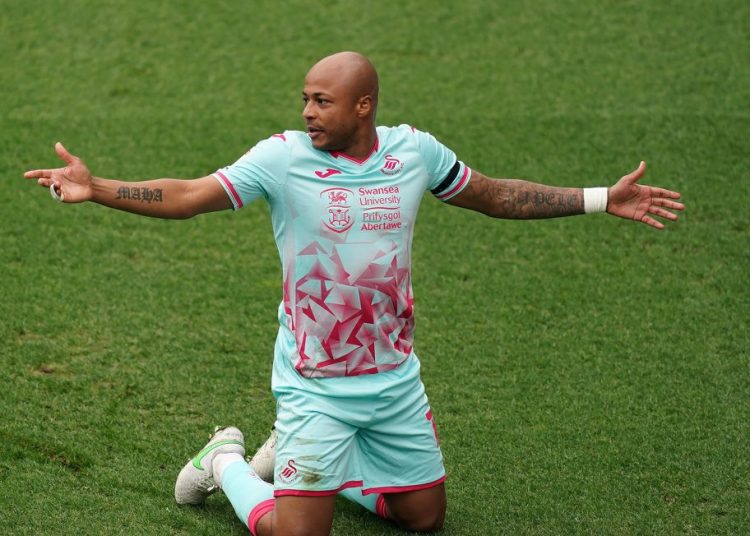 Andre Ayew might have scored the winner for Swansea City in their Championship playoffs first-leg win over Barnsley on Monday night but he surprisingly missed out on the Man of the Match award.

This shocked even his teammate, Marc Guehi, who picked up the award instead.

Speaking to Sky Sports he said when picking up his prize: “Cheers, I thought it was Andre Ayew by the way.”

A very humble Marc Guehi thinking that Andre Ayew should have been MOTM for Swansea instead of himself against Barnsley in the Championship play-off semi-final first leg@AyewAndre pic.twitter.com/8chWIlMbJ7

Some Swansea fans joked that Andre Ayew had won it so many times, it was fair to let someone else take the spotlight for once.

It was a joke because Ayew always gets it. It’s normally called the Andre Ayew award

Wouldn’t have been surprised for it to go to Woodman or Ayew. Both had cracking games. Marc played a blinder too.

Andre scored a wonderful goal on Monday night to put the Swans in pole position to reach the playoff final, where they’ll face either Bournemouth or Brentford.