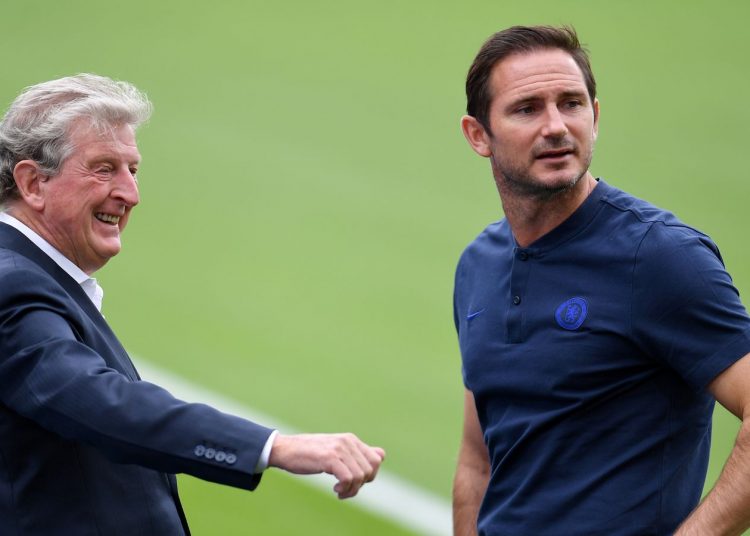 Crystal Palace have as many as six candidates currently under consideration to replace Roy Hodgson including the likes of Frank Lampard and Eddie Howe.

Ex-Chelsea and Derby boss Lampard and former Bournemouth manager Howe, both currently free agents, are high on the list at Selhurst Park after confirmation Hodgson will leave at the end of the season.

Swansea’s Steve Cooper and Barnsley’s Valerian Ismael – both currently battling it out in the Championship play-offs – are also among the contenders.

There are admirers of Scott Parker at the club too, and the job he has done at Fulham despite relegation from the Premier League this season.

Ex-Arsenal winger Freddie Ljungberg, who was in interim charge at the Emirates between Unai Emery and Mikel Arteta, has also been considered.

Palace have had a long-standing interest in Burnley boss Sean Dyche – but are now looking in a different direction, which also appears to distance them from the likes of Chris Wilder.

Sky Sports News has been told the club want their next manager to bring with them a new identity of progressive, attacking football and developing young talent from their successful academy.

It gained Category One status in July last year and has produced the likes of Tyrick Mitchell and Wilfried Zaha. Palace want more players to come through.

When they speak to candidates, they are expected to ask them to pitch their unique visions for the future of the Eagles.

Lampard has been widely reported to be the frontrunner but Sky Sports News has been told his appointment is not a foregone conclusion.

Howe, meanwhile, has held discussions with Celtic but he has not yet been announced as Neil Lennon’s successor in Glasgow.

Parker has recently spoken of a need to discuss his future with the Fulham hierarchy ahead of their third mission to get back in the top flight in five years, wanting to “break the cycle” of promotion and immediate relegation.

Cooper and Ismael, who played for Palace 13 times in 1998, have got their Championship teams playing an attractive, winning brand of football but are relatively new to first-team management in England and yet to prove themselves in the top-flight.