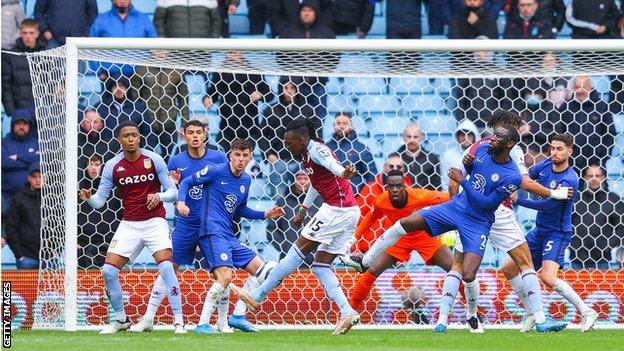 Chelsea secured a place in next season’s Champions League despite losing to Aston Villa, Thomas Tuchel’s side sealing a top-four spot ahead of Leicester City.

The Blues had started the final day of the Premier League season in third spot, knowing victory over their mid-table opponents would guarantee a place in the group stages of Europe’s prestigious knockout club competition.

Tuchel’s side carved out the better chances but fell behind when Bertrand Traore’s attempt went in off the underside of the crossbar following Matt Targett’s corner.

It went from bad to worse for Chelsea when Edouard Mendy was injured, making him a doubt for next Saturday’s Champions League final with Manchester City.

Substitute keeper Kepa Arrizabalaga was beaten by Anwar El Ghazi’s second-half penalty after former Chelsea player Traore was fouled by Jorginho, before Ben Chilwell pulled one back for the visitors from close range.

Chelsea finished the game with 10 men after captain Cesar Azpilicueta’s straight red card for a foul on Jack Grealish, but Leicester’s home defeat by Tottenham means Tuchel’s side finish the season in fourth on 67 points – one more than fifth-placed Leicester.