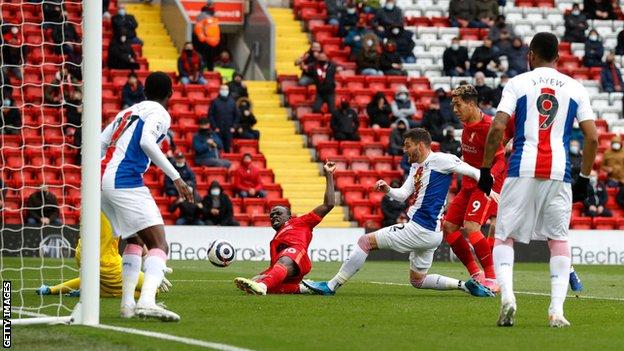 Liverpool salvaged Champions League football from a chaotic season undermined by a succession of serious injuries and a catastrophic run of home form after the turn of the year with victory over Crystal Palace at Anfield.

Jurgen Klopp’s side never threatened to retain their Premier League title and fell timidly to Real Madrid in the Champions League quarter-final but Liverpool rallied to win their final five Premier League games – including that remarkable last-gasp header by keeper Alisson at West Bromwich Albion – to claim a prize that looked unlikely since the turn of the year.

Liverpool got the result they needed against Palace, with manager Roy Hodgson taking charge for the final time, as Sadio Mane poked home from a corner nine minutes before half-time to ease early anxieties.

The Senegal forward wrapped up victory and that coveted Champions League place with a deflected shot in the 74th minute.

Andros Townsend gave Liverpool, playing in front of 10,000 returning supporters, an early scare when he raced clear only to shoot off target before Liverpool took control – with Leicester and Chelsea’s results meaning they finished in a creditable third given their injury problems.