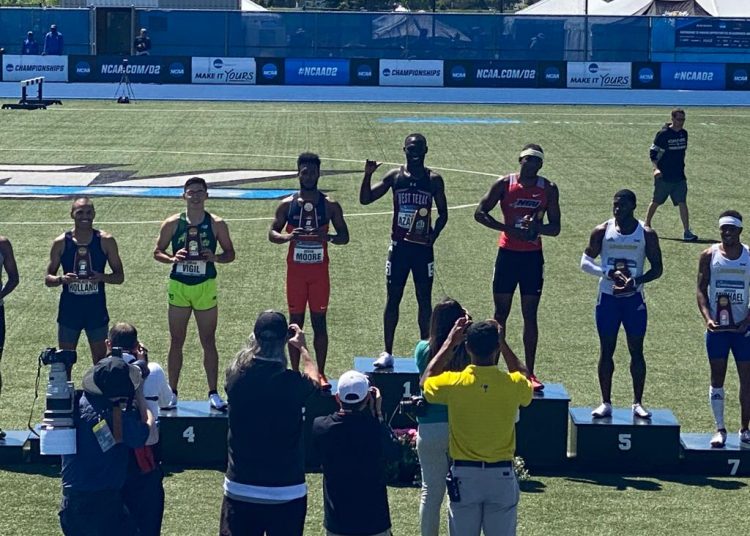 Ghanaian sprinter, Benjamin Azamati made a clean sweep for the 100m and 200m titles at the NCAA Division II Championships on Saturday night, competing for Texas A&M University.

The NCAA DII victory is the crowning moment for Azamati, who has had a brilliant year that has seen him break the national 100m record and moved up to second all time in the 200m times for Ghana.

Those times qualified him for the upcoming Tokyo Olympics in the two events.

He blazed the back straight for the Ghana 4x100m relay team when they booked an Olympic ticket at the World Relays at the beginning of May.