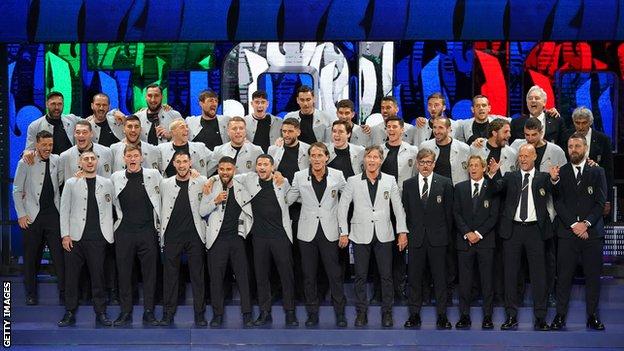 Italy took their Euro 2020 squad announcement to a whole new level with a two-hour television show dedicated to Roberto Mancini’s unveiling of his 26-man squad for this summer’s tournament.

Sassuolo’s uncapped forward Giacomo Raspadori was a surprise call-up, but the list of names was far from being the most eye-catching part of the night. 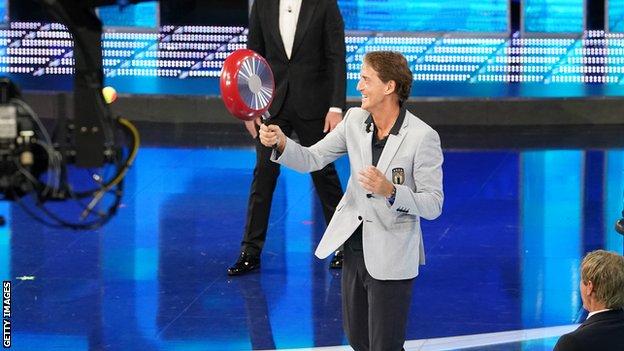 From playing padel with frying pans, to a rap battle between players before the entire squad sang Italy’s iconic national anthem, this was an announcement like no other.

As the clock ticked towards Uefa’s midnight deadline for squads to be named, Azzurri boss Mancini looked relaxed as he made the final cuts to his preliminary squad.

There was no room for Roma defender Gianluca Mancini, Atalanta midfielder Matteo Pessina or Napoli winger Matteo Politano in his final 26. 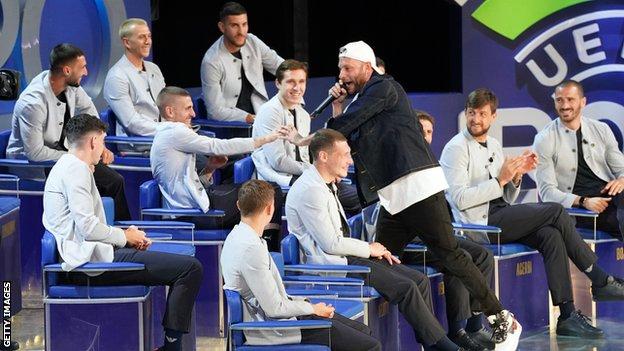 Uncapped 21-year-old striker Raspadori was called up from the under-21 set-up after impressing with six goals in 27 Serie A games for Sassuolo.

Veteran defender Giorgio Chiellini will captain Italy as they return to a major tournament five years on from a run to the quarter-finals of Euro 2016, after they failed to qualify for the 2018 World Cup in Russia.

Italy face Turkey in the tournament opener on Friday, 11 June.