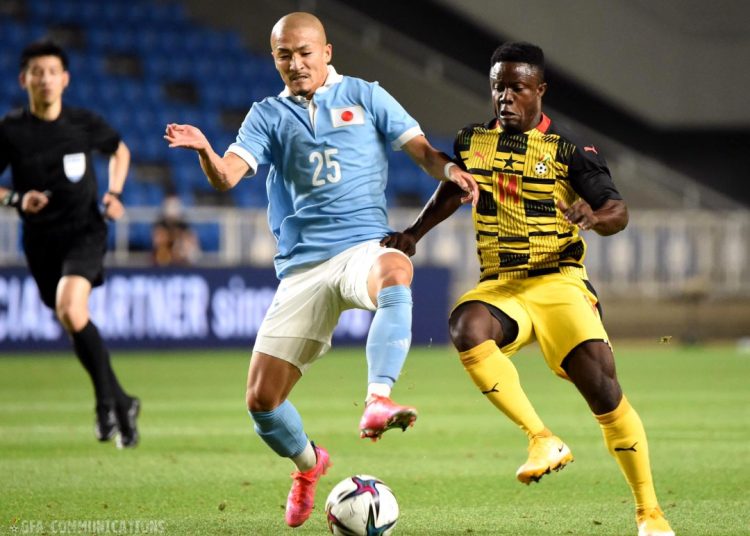 Ghana’s Black Meteors have once again suffered defeat at the hands of Japan’s U-24 team in the second friendly match between the two sides on Tuesday morning.

Japan scored twice in each half to record a 4-0 win over Coach Paa Kwesi Fabin’s side.

Forwards Hayashi Daichi and Tagawa Kyosuke scored two quick goals in the first half with Itakura Kou adding to the tally in the second half before Frimpong Amoabeng’s own goal.

The defeat comes just days after the Black Meteors lost heavily by 6-0 to the Japanese on Saturday morning.

Ghana’s U-24 team will now travel to South Korea where they will face the Korean U24 team in two friendly matches.