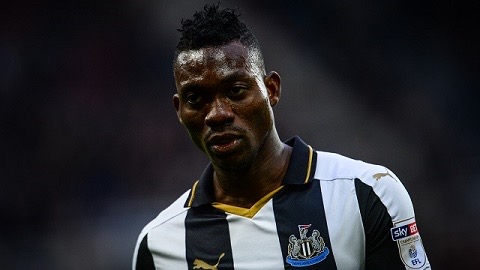 Ghana international, Christian Atsu, has revealed that current Newcastle United boss, Steve Bruce, urged him to quit the club at the beginning of the the 2020/2021 season.

Steve Bruce took over the Newcastle United job in July 2019, after the departure of Spanish tactician, Rafa Benitez.

Atsu, endured a tough first season under the former Hull City manager, despite being a key figure under Benitez.

In an interview with British media outlet, Chronicle Live, Atsu disclosed that Bruce gave him the chance to quit the club, something he turned down.

Atsu ended up making just one senior appearance for Newcastle in the 2020/2021 season, a 1-0 EFL Cup win over Blackburn Rovers in September 2020.

“I didn’t know that was going on be my final game.

”Bruce has his style, it’s just that I couldn’t adjust quickly.

“He (Bruce) gave me a choice to stay or move on loan and I chose to stay.

“I never regretted my decision.”

Atsu will leave Newcastle on a free transfer when his contract ends at the end of June 2021.