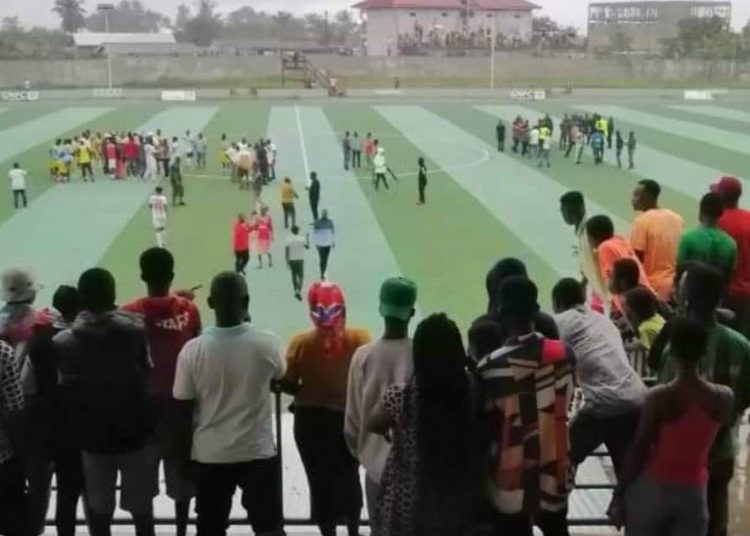 Communications Director of the Ghana Football Association, Henry Asante Twum has revealed that until congress meets to discuss other stringent measures to tackle hooliganism in the football, the furthest the GFA can go in dealing with violence at match venues is to ban the home club.

His comments come after Medeama SC players and officials were attacked by fans of Karela United during their MTN FA Cup round of 32 match on Sunday.

In recent weeks, the GFA has come under a lot of criticism for failing to do more in punishing individuals who perpetrate violence at match venues.

Henry Asante Twum was speaking in an interview with Starr Sports.

“We also banned temporarily the Rawlings Park in Nkoranza and as we speak the CAM park has also been banned and until the end of the season, they will play their home games away from home and that is all the Executive council can do” Henry Asante Twum told Starr Sports.

“Until the decision making process changes, until members of the FA go to congress and say let’s be punitive enough by deducting points from clubs whose fans misbehave at league centers, it is what it is things will continue to be like this “ he added.

In April this year, Irate fans of Wamanafo Mighty Royals mercilessly beat up Referee Niatire Suntuo Aziz and his assistants Suleman Mohammed, Yakubu Abdul Rahman as well as the fourth referee Hasim Yakubu after their game with Bofoakwa Tano ended 0-0 at the Wamanafo Community Park.