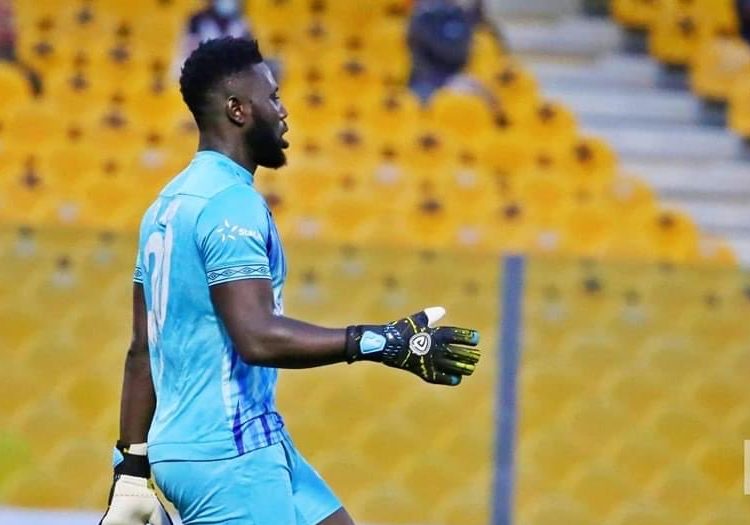 Not content with helping his side beat Asante Kotoko last weekend as they edged closer to the Premier League title, one Hearts of Oak player has opted to add insult to injury.

Goalkeeper, Richard Attah who kept a cleansheet in Sunday’s match at the Accra Sports Stadium, couldn’t help taking shots at a couple of Asante Kotoko’s players after the Phobians’ win.

Augustine Okrah was Attah’s main target after the Kotoko winger had tweeted a video of then-Kotoko forward Justice Blay, finding the net against Attah and Hearts in 2020.

Okrah, whose cross was headed in by Blay, tweeted that he had been “practising those kinds of crosses” and was looking forward to “breaking [the Phobians’] hearts again.”

I've been practising this kind of crosses even since I returned from injury layoff.

Hopefully, I'll have the opportunity, even if it is one minute, to break their HEARTS again.#OkrahMagic #SuperClash pic.twitter.com/iYcVwVKkzL

Attah had clearly taken notice of the tweet and, following Hearts’ win in the Super Clash, saw his chance at an epic comeback.

He tweeted at Okrah, sarcastically asking him how the free-kicks he was practising were coming along. It was even more fitting considering the Kotoko player missed a huge chance to score, shooting into Attah’s arms.

Even Fabio Gama, who had stated a couple of months earlier that he didn’t know Hearts of Oak, wasn’t spared.

Hearts of Oak’s win took them three points clear of Asante Kotoko with three matches to play in the Ghana Premier League.