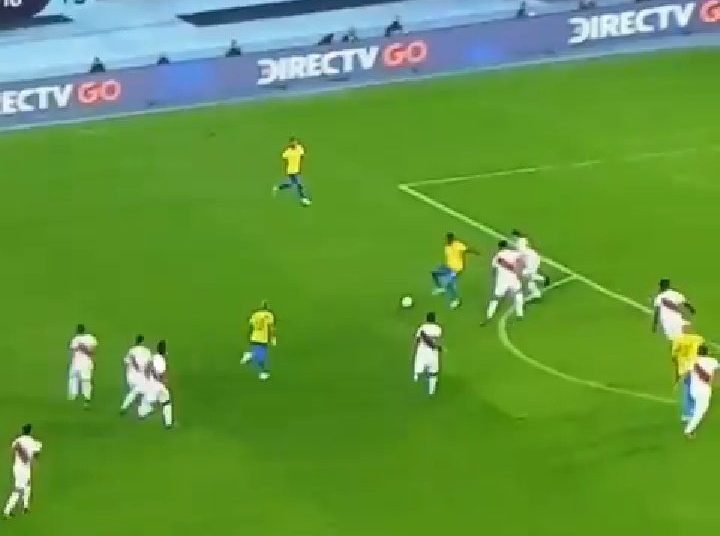 Brazil are traditionally a nation with very skillful footballers.

The current group of players appears to be enhancing that reputation at the ongoing Copa America tournament, with their numerous flicks particularly in their semi-final win over Peru.

All except one it seems.

Neymar, who has been the primary protagonist for Brazil all tournament, combined with Paqueta in midfield, passing around their Peruvian markers with skill that would usually be seen on the training pitches and in exhibition games.

Manchester United midfielder, Fred clearly did not want to be left out and, after he received the ball from Neymar, he attempted his own flick, which showed us exactly why we don’t see more of such play during competitive games.

Take a look at the move below:

Fred thought if Neymar can do it then so can I 😂😂 #CopaAmerica pic.twitter.com/SKqDRZBgDA

On social media, fans could not help mocking Fred for his gaffe, with some even questioning whether he was really Brazilian.

There’s no atom of a Brazilian footballer in him 🙄😂

Fred: “I’m Brazilian too. Watch this”

When you listen to too much motivational talks! 😂😂😂

What is Fred doing for goodness sake.

“you are not that guy” moment

Fred and Dan James, you can’t watch those two without laughing