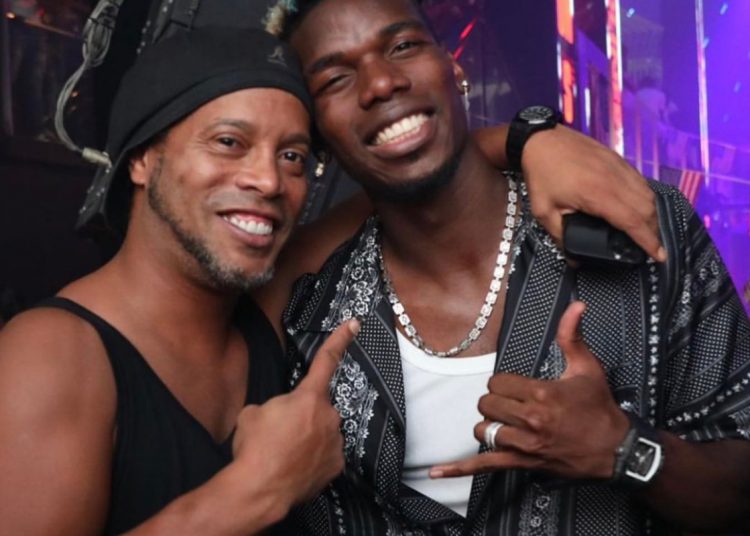 Brazil legend, Ronaldinho, Manchester United’s Paul Pogba, and a host of other football stars were seen partying in Miami.

Pogba, Paulo Dybala, Blaise Matuidi, and Ronaldinho were filmed hugging and joking as they partied together in Miami this week.

The French star, Pogba is currently enjoying some time away from football after a shocking exit at the Euros at the hands of Switzerland on penalties.

Pogba was pictured with ex-Juventus colleague Dybala on Sunday, who missed Copa América with Argentina because of lack of fitness.

It appears the pair are also spending time with former Juventus midfielder Matuidi and the trio were later pictured hanging out with Ronaldinho in the famous Liv nightclub.

They posed for photos with the 41-year-old Brazilian star, the winner of the Ballon d’Or in 2005, Ronaldinho, which have gone viral on the internet.

Pogba has been linked with a move away from Old Trafford, with many news portals suggesting he could be heading to PSG this summer.

Manchester United, reportedly, will open negotiations with the World Cup winner to extend his existing contract at the club.

Paul Pogba and Ronaldinho catching a vibe out in Miami 🔥 pic.twitter.com/TpYx8nXCue