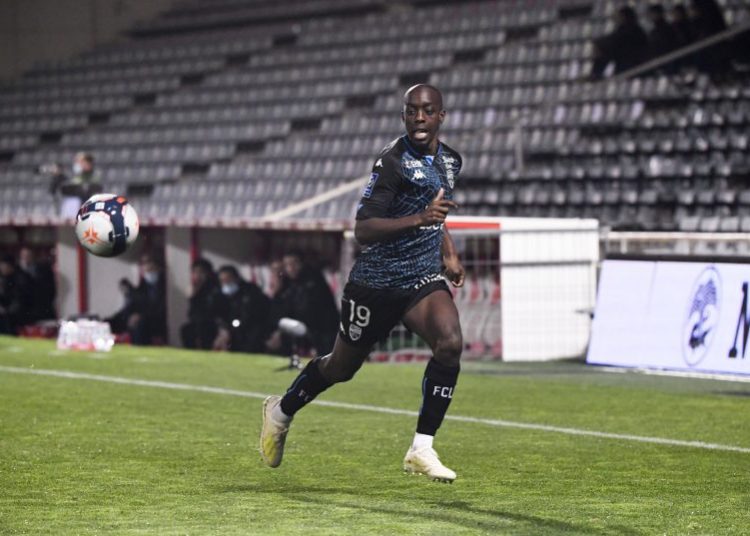 A 32-year-old woman was arrested over the weekend after an acid attack resulted in a player for French Ligue 1 club Lorient suffering serious burns to his eyes.

The attack on DR Congo forward, Yoane Wissa left him hospitalised and needing emergency surgery on his eyes.

Reports later emerged that the suspect, who remains unnamed, had attempted to kidnap the player’s weeks-old newborn baby and attacked him with the acid when he fought back.

L’Equipe and Le Telegramme reported that the suspect had asked for Wissa’s autograph, apparently for her son, which he duly obliged because of what he later said was an act of ‘good grace’.

However, she returned at midnight, entered the house and attempted to steal the baby but she was confronted by Wissa.

She then sprayed the substance in the player’s face and fled.

The woman was arrested the next day after she impersonated a social worker to kidnap a one-month-old baby from an African couple.

She fled with the baby after spraying the face of the child’s mother with the same acidic substance.

The police were able to track her through the calls she made to the couple’s landline phone.

The baby was recovered unharmed while its mother has been transferred to the burns department at Bordeaux hospital.

The suspect is facing charges of attempted murder, kidnapping, forcible confinement and acts of barbarism.

Reports also state that the woman recently had a miscarriage and hid it from her Ivorian husband and instead tried to find a replacement, which “had to be mixed-race”.

The attack left Wissa, who is back home recovering, with serious eye injuries, with doctors unsure whether he will regain his eyesight completely, a situation which puts his career in doubt.

His club expressed shock at the incident and wished him a speedy recovery.

“FC Lorient learned this morning that Yoane Wissa had been the victim of an assault at his home during the night before being hospitalised urgently. Yoane must undergo surgery today. The club, in shock, holds to show its support for Yoane and his family and wish his player a speedy recovery,” a statement from the club said.

“FC Lorient is counting on justice to allow the perpetrator of this attack to be condemned.”

Wissa scored 11 goals in 38 appearances for his club last season.