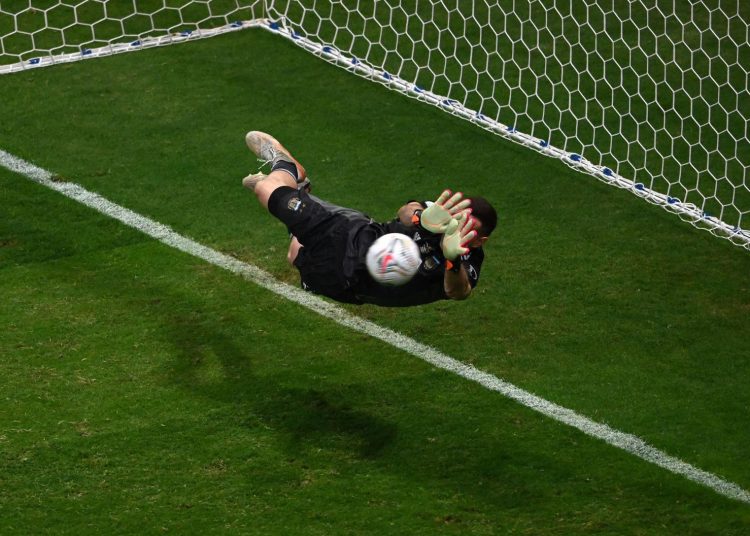 Following Emiliano Martinez’s heroics for Argentina in their penalty shootout win over Colombia, his stock has risen quite considerably.

Fans of Aston Villa, who were huge beneficiaries of Martinez’s skills in the previous campaign were obviously excited that the goalkeeper was still in fine form.

Supporters of Martinez’s previous club, Arsenal, however, were not too impressed that their club had deemed him as not good enough to be their first-choice stopper.

Martinez had joined the Gunners’ youth team back in 2010 and spent 10 years at the club, eventually becoming the backup goalie for the 2019/20 season. 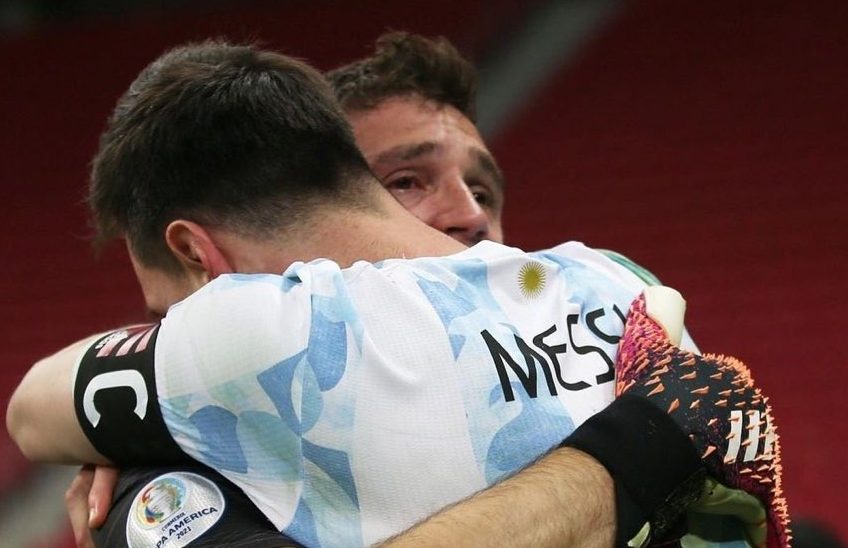 Following an injury to regular goalkeeper Bernd Leno, Martinez started Arsenal’s FA Cup final win over Chelsea and the Community Shield win over Liverpool but manager, Mikel Arteta insisted Leno would remain the club’s first-choice in goal ahead of the new season.

Emiliano Martinez to Yerry Mina before the Penalty:

🗣️ "I know where you’re going to shoot.”

Martinez decided to leave, signing for Aston Villa for £17 million and going on to have a stunning season at Villa Park.

Seeing Martinez excel at the Copa America would not have come as a surprise to many Arsenal fans, who immediately took to social media to express their frustration with the club over their decision.

Arteta watched both Martinez and Leno play daily and came to conclusion that Leno is better pic.twitter.com/ZynAwUy1Cc

Arsenal have made a LOT of bad decisions but getting rid of Emi keeping Leno and buying Runarsson as replacement might take the cake pic.twitter.com/LujpOhaknJ

Arsenal literally sold Emiliano Martinez so as to have Bernd Leno and Ryan that club is broken beyond repair pic.twitter.com/q5yoYeZxeL

Emi carried Arteta to two trophies while Leno was in crutches and he flogged him to Villa for 20mi pic.twitter.com/VP4gKrTV9X

Still can’t believe Arsenal sold him for Leno😭😭..
Warra keeper..man has been top notch for club as well as for countrypic.twitter.com/7aisChtj8n

Arsenal went from Emi Martinez and Ospina to Leno and Runarsson. #CopaAmerica2021 pic.twitter.com/mmXI4Z3haJ