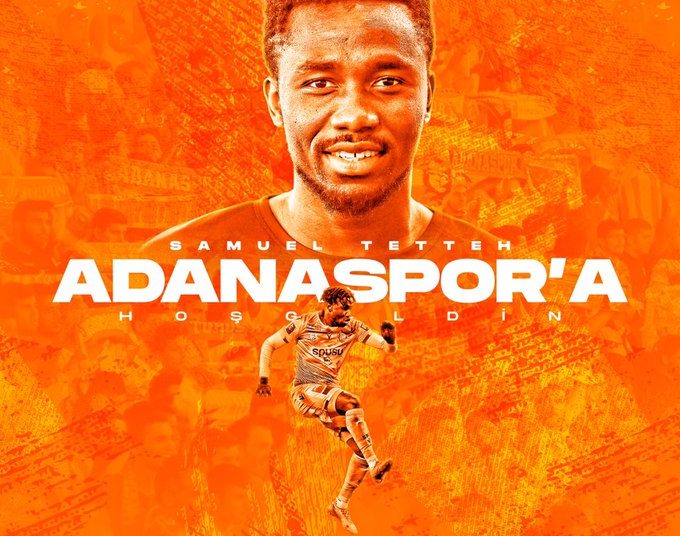 After four loan outings as a Red Bul Salzburg player, Ghana forward Samuel Tetteh is finally off the books of the Austrian champions after securing a permanent transfer to Adanaspor in the Turkish second-tier.

The 24-year-old, on Wednesday, signed a two-year contract with an option for a further season, the TFF First League outfit announced.

“Our club tied Samuel Tetteh, a 24-year-old striker and winger for Redbull Salzburg, to his colours for 2+1 years. Tetteh plays for the Ghana national team, read a Twitter post.

Tetteh arrived in Europe from Ghana Premier League regulars WAFA SC in July 2016 and spent his first season on loan at feeder side Liefering.

He had another spell for two seasons with LASK Linz before moving out to partner club New York Red Bulls for a four-month spell in the MLS.

Samuel Tetteh then returned to the Austrian topflight on loan with SKN St. Pölten for the second half of the 2020/21 season