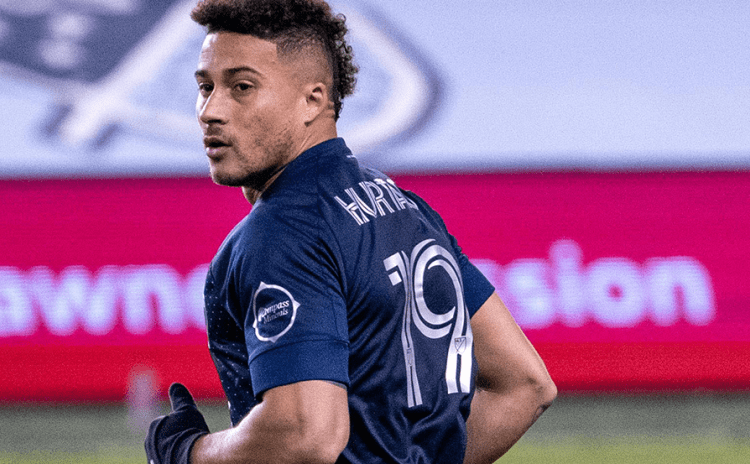 Forward Erik Hurtad only signed for CF Montreal seven months ago but he has been sold by the club after refusing to take the COVID-19 vaccine.

The Canadian-based MLS team said Hurtad’s decision not to be inoculated against the disease was ‘problematic’.

Canadian sides in the MLS had to play their matches in the USA due to COVID-19 restrictions.

However, a relaxing of those restrictions has enabled the players from the Canadian teams to return home to train, as long as they have been vaccinated.

With Hurtad refusing to be vaccinated, he wouldn’t have been allowed to enter Canada with his teammates.

Montreal therefore reached an agreement with Columbus Crew for the signature of the player for $200,000 in general allocation money.

Although there had been interest from other clubs, Montreal had not been looking to sell the player until not

“There was some interest in Erik during the past few weeks and we listened to the offers, even though we were satisfied with Erik’s work,” Montreal’s Sporting Director, Olivier Renard said.

“Because he’s not vaccinated against COVID-19, his situation was problematic and we started considering a trade when we got the confirmation that the team could return to Montreal. Before proceeding, Erik also confirmed that he was not comfortable taking the vaccine, so we concluded this deal, which we felt was very satisfactory. We would like to thank Erik for his professionalism and wish him good luck in his career.”