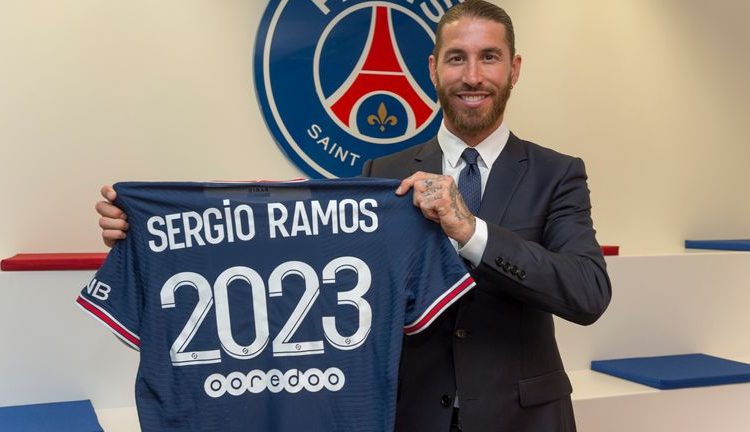 Defender, Sergio Ramos’ two-year deal with PSG was confirmed by the French club earlier this week.

Ramos left Real Madrid after 16 years with the Spanish club following the expiration of his contract.

Regarded as one of the best defenders in Europe, Ramos was in high demand prior to his move to Paris.

“I am very happy to join Paris Saint-Germain. It’s a big change in my life, a new challenge and a day that I will never forget. I am proud to be a part of this very ambitious project, to join a team with great players,” he said after he was unveiled.

Even clubs in the Premier League were interested in signing the four-time Champions League winner once news broke that he was ready to leave the Spanish capital.

Two clubs in particular, English champions Manchester City and Arsenal approached Ramos in the hope of adding him to their squads for next season.

However, he opted to sign for the last year’s Champions League semi-finalists.

According to Goal, Arsenals lack of Champions League football, after they finished 8th in the Premier League was the dealbreaker for Ramos.

Man City offered a similar contract as PSG’s but with the added clause that Ramos would have to join City’s MLS affiliate, New York City afterwards.

The defender, who was left out of Spain’s squad for the Euros, wasn’t comfortable with this offer and opted out.