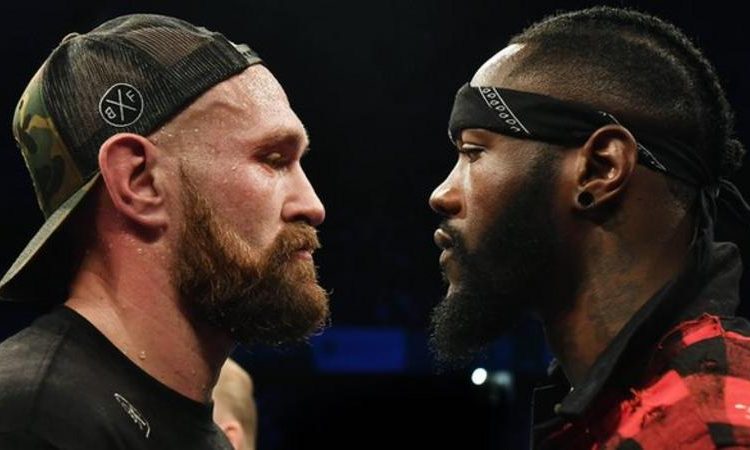 The trilogy fight between Tyson Fury and Deontay Wilder in Las Vegas on 24 July has been postponed after the Briton tested positive for coronavirus.

A source close to Fury told BBC Sport the WBC world heavyweight champion was deeply frustrated by the situation.

Fury tested positive on Thursday and after discussions with medical experts the fight was called off – it is likely to be rescheduled for October.

The WBC have confirmed the postponement, while an official announcement from the promoters Top Rank is expected later on Friday.

Fury beat Wilder to become WBC champion in February 2020 – 14 months after the pair shared a thrilling draw in Los Angeles.

Neither man has fought since Fury’s victory in Las Vegas.

After a third fight fell through several times because of complications around the Covid-19 pandemic, Fury sought to move on and face fellow Briton Anthony Joshua, who holds the other three significant titles at heavyweight.

But an arbitration hearing ruled Wilder had contractual grounds for a third contest.

Fury is unbeaten in his 31 fights, while Wilder has just one defeat in 44 outings.

He added: “Joshua’s team have been negotiating with the Ukrainian Oleksandr Usyk about a possible contest in September.”